John Ashbery is gone. A pivotal figure in 20th– and 21st-century literature, few poets have been as honored as he: recipient of the Bollingen Prize, the National Humanities Medal, a MacArthur “genius” grant, and numerous other awards. His 1975 collection, Self-Portrait in a Convex Mirror, won the American book world’s triple crown: the Pulitzer Prize, the National Book Award and the National Book Critics Circle prize. Noted for his wordplay, for combining everyday expressions with high classical references, his poetry was sometimes described as elusive, challenging, puzzling, or surreal, but no one denied its brilliance, and it has proven deeply influential to the next generation of poets. 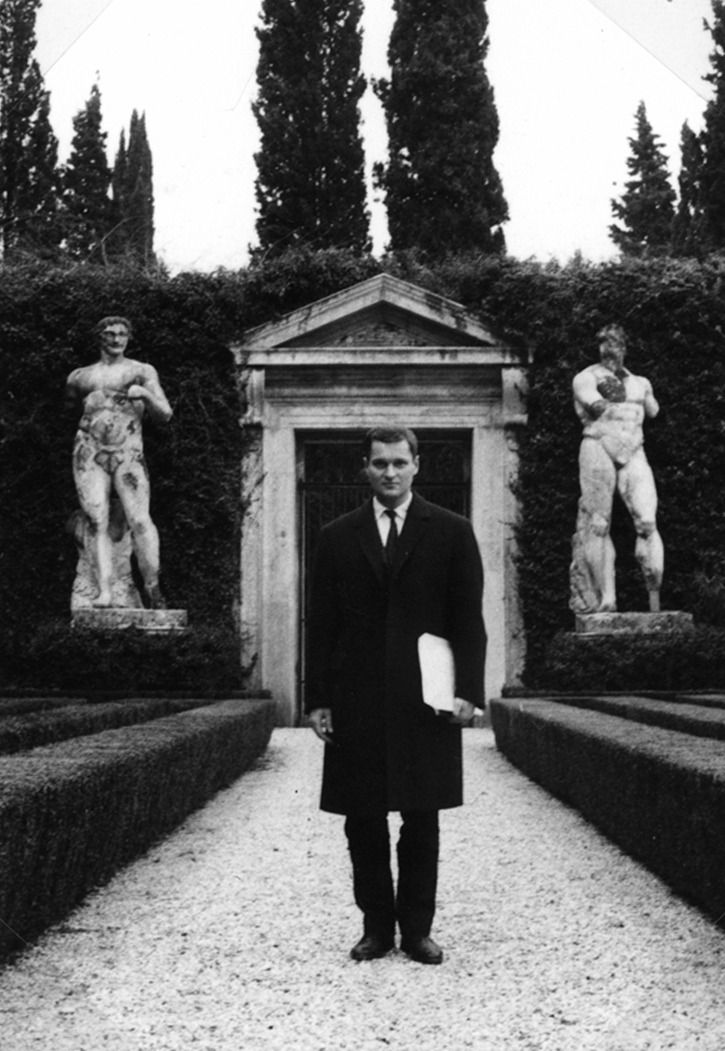 His Harvard ties were deep, beginning with his time as an undergraduate (class of 1949), where he began life-long friendships with fellow poets Frank O’Hara, Kenneth Koch, Barbara Guest, and Robert Creeley. His interest in poetry was nurtured by attending campus poetry readings by W.H. Auden, William Carlos Williams, Marianne Moore, T.S. Eliot, and Wallace Stevens, and he chose to write his senior honors thesis on Auden. And Auden just happened to be the judge who awarded Ashbery the Yale Younger Poets Prize for Some Trees, an award that launched Ashbery’s career. Perhaps remembering his own undergraduate experience, he was generous in giving many readings on campus as his fame grew. He gave the prestigious Norton lectures at Harvard in 2000, and received an honorary doctorate from the University in 2001. He was awarded the Harvard Arts Medal in 2009, and the Harvard Film Archive celebrated “John Ashbery at the Movies” with the poet’s commentary on some of his favorite films.

At Houghton, Ashbery’s papers are one of the pillars of the Library’s American poetry collection, along with T.S. Eliot, Wallace Stevens, and Robert Lowell. Papers of his artist friends, Jane Freilicher and Nell Blaine, provide added depth in considering Ashbery’s relationship with the contemporary art scene. He was a noted art critic, and allusions to art, and the subject of art, recur throughout his poetry.

In some ways, Ashbery’s poetry is resistant to the efforts of the Library to document his work through his papers—although Karin Roffman’s recent biography, The songs we know best: John Ashbery’s Early Life, makes good use of the archive. The poet should have the last word. “I don’t find any direct statements in life,” Ashbery explained to the London Times. “My poetry imitates or reproduces the way knowledge or awareness comes to me, which is by fits and starts and by indirection. I don’t think poetry arranged in neat patterns would reflect that situation.”

Leslie A. Morris, Curator of Modern Books and Manuscripts, contributed this post.