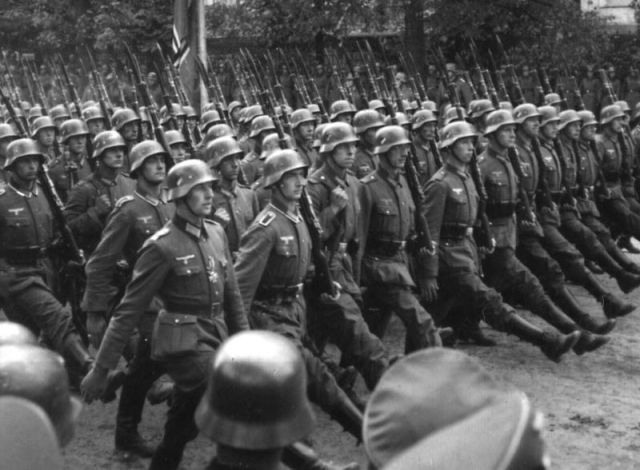 If you've ever taken a personality test, it was probably in a lifestyle magazine ("What kind of adventurer are you? Take this quiz to find out!") or maybe at the behest of a friend who's a Meyers-Briggs believer. But these fluffy diversions have a serious, often dark history. In fact, one of the earliest personality tests was developed during World War II to determine who might become an authoritarian and join the Nazi movement.

In 1943, three psychology professors at the University of California at Berkeley were struggling to understand the most horrific European genocide in a generation. As the war raged overseas, Daniel Levinson, Nevitt Sanford, and Else Frenkel-Brunswik decided to use the greatest power at their disposal—scientific rationality—to stop fascism from ever rising again. They did it by inventing a personality test eventually named the F-scale, which they believed could identify potential authoritarians. This wasn't some plot to weed out bad guys. The researchers wanted to understand why some people are seduced by political figures like Adolf Hitler, and they had a very idealistic plan to improve education so that young people would become more skeptical of Hitler's us-or-them politics.

The rise of personality testing

As they cooked up a research plan, the Berkeley group borrowed ideas from a somewhat checkered tradition in psychology that held that personalities could be broken down into discrete character traits. In the late nineteenth century, pseudoscientists like Francis Galton, best known for popularizing the idea of eugenics, believed that human "character" could be measured the same way "the temper of a dog can be tested." This idea gained traction, and the first personality tests were developed by the US Army during World War I so millions of soldiers could be tested for vulnerability to "shell shock," an early term for post-traumatic stress.