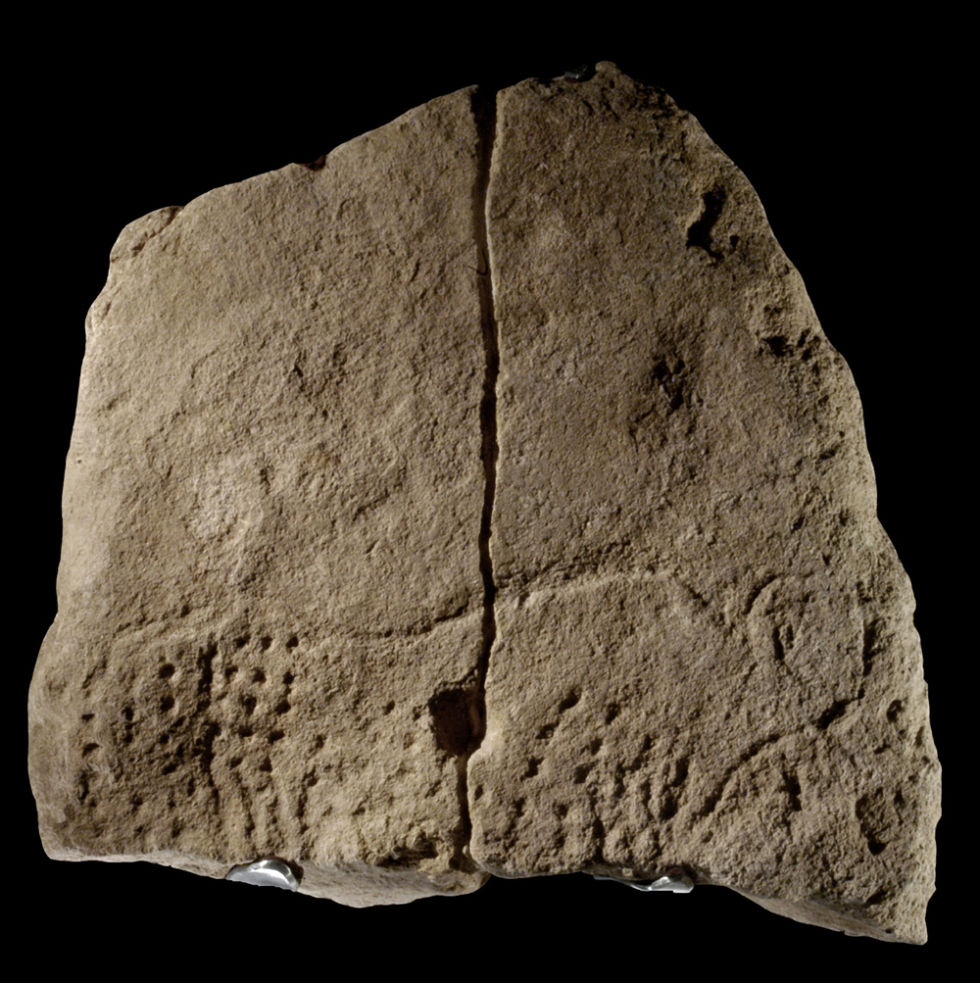 We know little about the early Homo sapiens who migrated to Europe from Africa and the Middle East more than 70,000 years ago, but we've just found a new piece of the puzzle. A group of archaeologists has just described the discovery of a distinctive rock carving of an aurochs, a kind of extinct ox, its thick body peppered with dozens of carefully created, shallow holes called "punctuations." What's truly fascinating is that the markings on this limestone slab, carbon dated to 38,000 years old, strongly resemble other rock carvings from the same era scattered across France and Germany.

No, it's not aliens. New York University anthropologist Randall White, who worked on the excavation that revealed the slab at the Abri Blanchard site in southwestern France, said that it's simply a sign that many of these new arrivals in Europe shared some common cultural symbols. "Following their arrival from Africa, groups of modern humans settled into western and Central Europe, showing a broad commonality in graphic expression,” he said in a release. “This pattern fits well with social geography models that see art and personal ornamentation as markers of social identity at regional, group, and individual levels.”