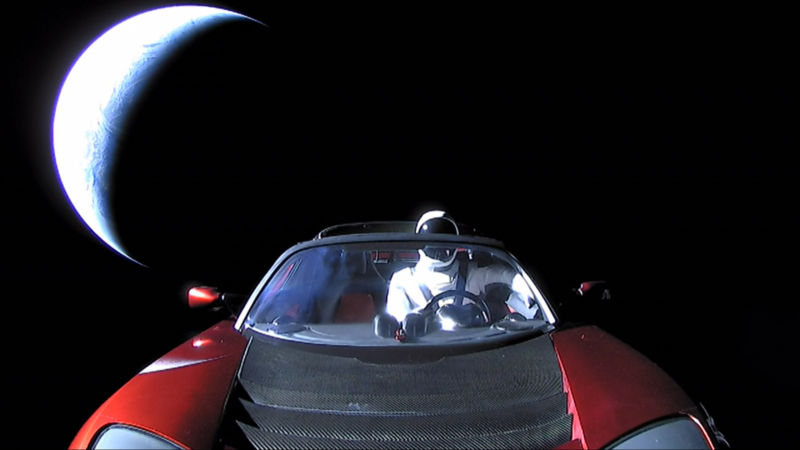 Since its launch on February 6 atop a Falcon Heavy rocket, Elon Musk's cherry-red Tesla Roadster and its "passenger" Starman have been moving away from the Sun.

Today, according to the Where is Roadster? website, the vehicle has reached its first apogee from the Sun at a distance of 1.66 Astronomical Units. (1 AU is the average Earth-Sun distance, or 149.6 million km.)

According to Ben Pearson, who runs the site, the Tesla's position should be accurate to better than a day, but it is impossible to know for sure. The data on the Tesla's orbit comes from NASA and tracking by ground telescopes for the first six weeks after launch when the Falcon Heavy's upper stage, and the Tesla, were still relatively close to Earth.