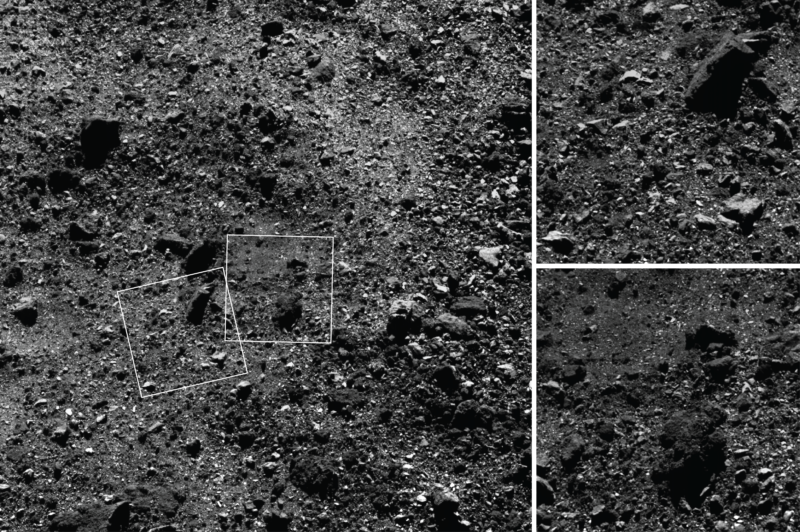 Enlarge / These images of the asteroid Bennu’s northern hemisphere show it covered with rocks. (credit: NASA)

After traveling more than 2 million kilometers through outer space over the course of 27 months, NASA's OSIRIS-REx spacecraft arrived at the asteroid Bennu in early December of last year. Since arriving, the spacecraft's five scientific instruments have been surveying the 490-meter wide asteroid to better understand its properties and find a safe landing site from which to gather samples for a return to Earth.

On Tuesday, the first results of these scientific inquiries were published in seven papers that appeared in Nature and a handful of its research journals. The seven papers are collated on this website.