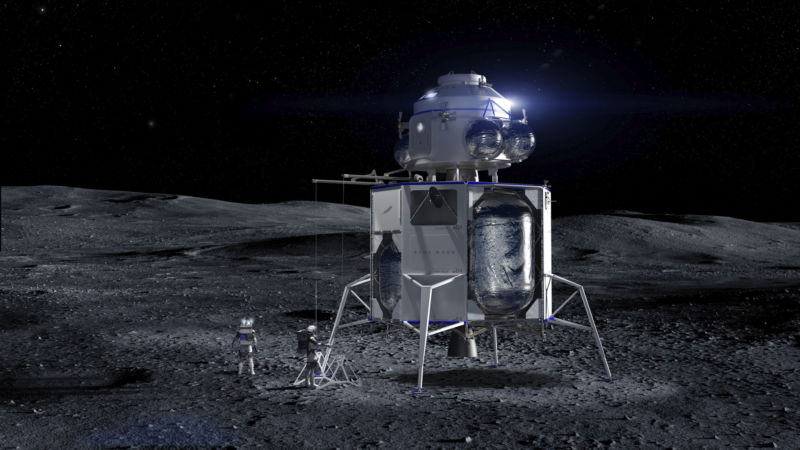 Enlarge / A Blue Moon lander, built by Blue Origin, with an ascent vehicle (built by another company) on top. (credit: Blue Origin)

In the nearly two months since Vice President Mike Pence directed NASA to return to the Moon by 2024, space agency engineers have been working to put together a plan that leverages existing technology, large projects nearing completion, and commercial rockets to bring this about.

Last week, an updated plan that demonstrated a human landing in 2024, annual sorties to the lunar surface thereafter, and the beginning of a Moon base by 2028, began circulating within the agency. A graphic, shown below, provides information about each of the major launches needed to construct a small Lunar Gateway, stage elements of a lunar lander there, fly crews to the Moon and back, and conduct refueling missions.

This decade-long plan, which entails 37 launches of private and NASA rockets, as well as a mix of robotic and human landers, culminates with a "Lunar Surface Asset Deployment" in 2028, likely the beginning of a surface outpost for long-duration crew stays. Developed by the agency's senior human spaceflight manager, Bill Gerstenmaier, this plan is everything Pence asked for—an urgent human return, a Moon base, a mix of existing and new contractors.