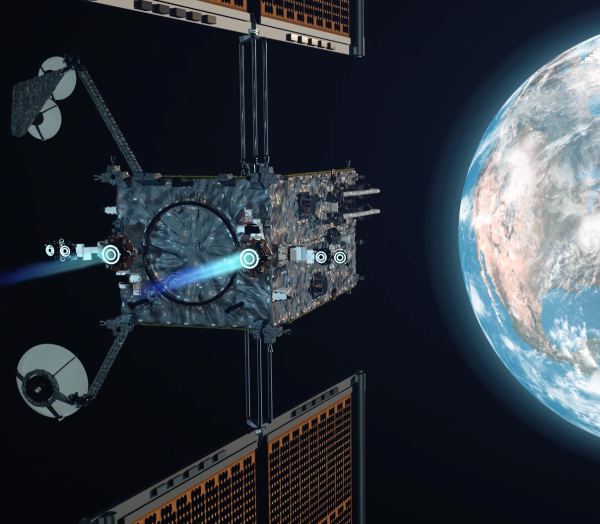 Maxar has been selected to build and fly the first element of NASA’s lunar Gateway. (credit: Maxar Technologies)

NASA has chosen its first commercial partner for a proposed space station, known as the Lunar Gateway, to be built near the Moon. On Thursday, NASA Administrator Jim Bridenstine said Maxar Technologies would build the first component of the Gateway—the power and propulsion element. Like the name suggests, it will provide electricity to the Gateway and help move it around.

"This time when we go to the Moon, we're actually going to stay," Bridenstine said in making the announcement. He has characterized the Gateway, which will be positioned in a high, elliptical orbit balanced between the Earth and Moon's gravity, as a reusable "Command Module." Under NASA's current plans to land humans on the Moon by 2024, this is where astronauts will launch to from Earth before climbing aboard pre-positioned landers to take them down to the lunar surface.

Despite the fanfare Thursday—Bridenstine provided an hour-long overview of NASA's ambitious Moon plans at the Florida Institute of Technology for a relatively simple contract award—the announcement represents a continuation of a Lunar Gateway plan that was initiated under the Obama administration. The Obama space plan involved using the Gateway as a stepping stone toward Mars, but now the Trump administration is pivoting toward the lunar surface.