Where will the world’s first autonomous rocket factory be built? Mississippi 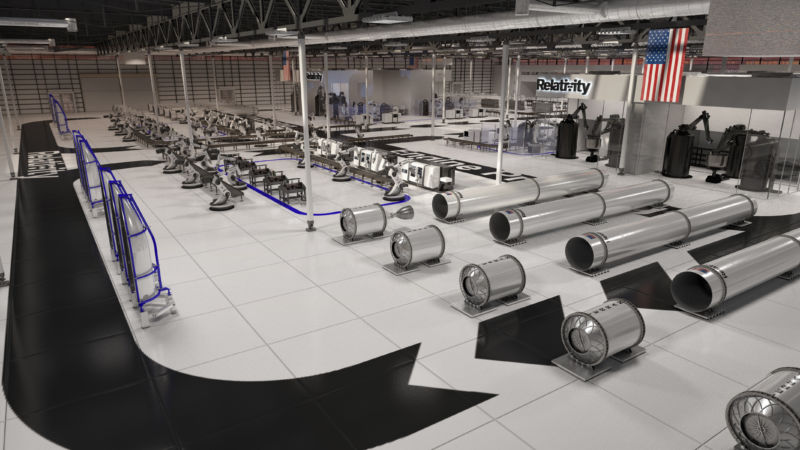 Relativity Space has signed an agreement with NASA to convert a large industrial building in southern Mississippi into what may become the world's first autonomous rocket factory. The factory is conveniently located just two miles from where Relativity plans to test engines and stages for its Terran 1 rocket.

Building 9101 at Stennis Space Center encompasses 220,000 square feet of factory facilities, which is greater than the combined area of three American football fields. NASA inherited the space from the US military about 20 years ago but has not used it. The property also includes multiple bridge cranes, which is useful for moving large aerospace parts around, and an 80-foot-high bay for the vertical integration of rockets.

"This building will be a long-term enabler of our vision," said Jordan Noone, co-founder and chief technology officer for Relativity. Based in Los Angeles, the company aspires to use 3D printing, machine learning, and automated technologies to build rockets at a lower cost in days or weeks instead of years.