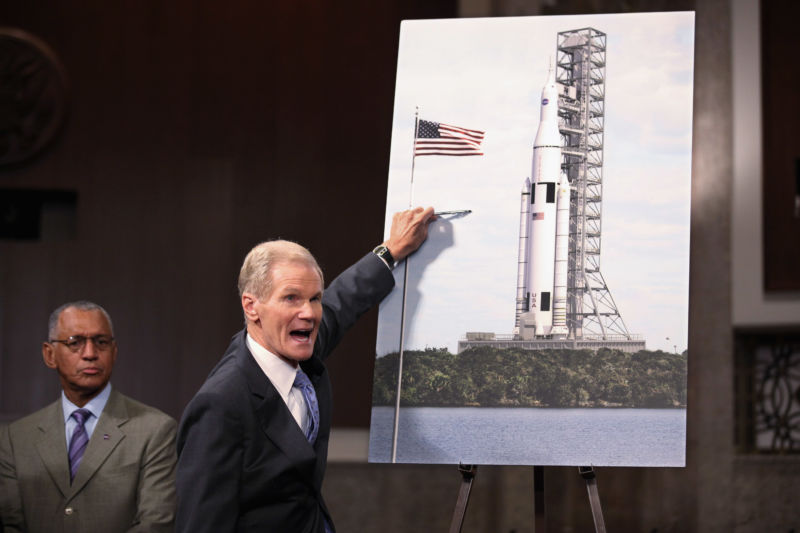 Enlarge / The Space Launch System was created as part of a political compromise between US Sen. Bill Nelson (D-Fla.) and senators from Alabama and Texas. (credit: Chip Somodevilla/Getty Images)

For the first time, a government cost estimate of building and flying a single Space Launch System rocket in a given year has been released. This estimate of "over $2 billion" came in the form of a letter from the White House to the Senate Appropriations Committee first reported by Ars this week.

In the nearly decade-long development of the SLS rocket, NASA officials have studiously avoided providing a so-called "production and operations" cost. This is partly because it can be difficult to estimate flight costs during development, but also very likely because doing so might give lawmakers who have backed the project some measure of sticker shock. After all, a fully expendable version of the Falcon Heavy rocket, which has two-thirds of the lift capacity of a Block 1 version of the SLS rocket, can be bought today for $150 million.

After publication of the White House letter, the agency did not deny the estimate that producing and flying one SLS rocket in a given year—which is the production capacity core stage contractor Boeing may be able to reach by the early 2020s—will be more than $2 billion. The first SLS launch could come in 2021.