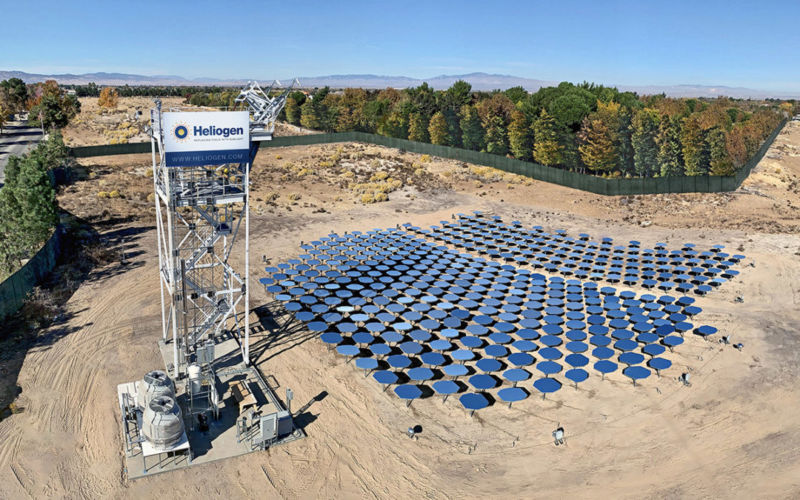 The explosion of solar energy capacity has been driven almost entirely by the plunging cost of photovoltaic hardware. That's made the situation difficult for an alternate technology known as solar thermal. Thermal uses mirrors to focus incoming sunlight onto a location that reaches high temperatures, which can then be used to generate electricity by driving a steam turbine. Since heat is relatively easy to store, these plants can continue to produce power long after the Sun has set. In some cases, these plants are able to operate around the clock.

Today, a company backed by tech investors is announcing that it has developed an enhanced form of solar thermal generation that can push the temperatures at the point of focus much higher. That's significant, because the promised temperatures reach heat needed for industrial processes like concrete production, metallurgy, and hydrogen production. While there are clear advantages when it comes to generating electricity, the key to this technology may be how readily it can be integrated into these industrial processes.

The company in question is a startup called Heliogen, which has received backing from several Silicon Valley investors and Bill Gates. But the technology Heliogen has developed does have a rather heavy tech component.