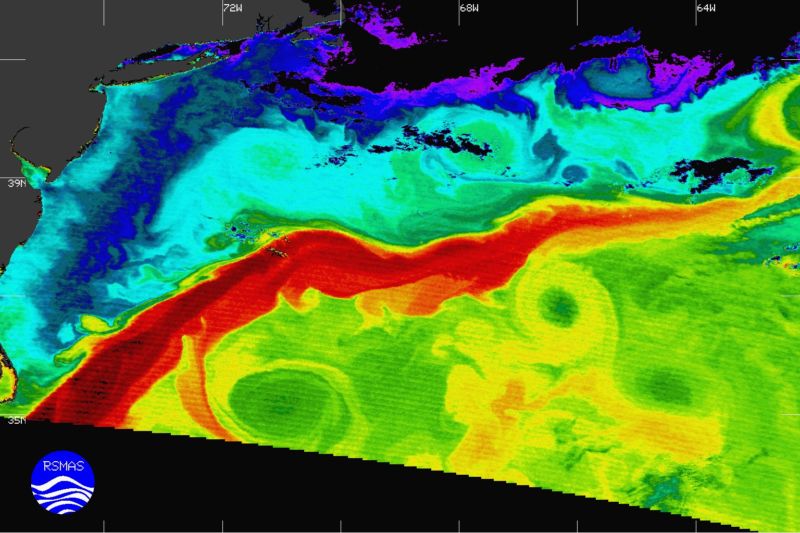 Enlarge / The warm waters of the gulf stream as they pass the US East Coast. (credit: NASA)

While we track climate change as a gradual rise in temperatures, most of its effects are going to be anything but gradual: an increased risk of extreme temperatures and storms, extended droughts, expanded fire seasons, and so on. There's also the risk of pushing the climate past some tipping points, which can change the state of entire areas of the globe. But it can be difficult to understand the impact of tipping points, given that they're occurring against a backdrop of all those other climate changes.

For example, one of the major potential tipping points we're aware of is the shutdown of the North Atlantic's current system, which brings warm water north, moderating the climate of Europe. The loss of this warm water would obviously result in a cool down in Northern Europe. But calculations indicate that the shutdown isn't likely to take place until after the planet had warmed enough to offset this cooling.

But temperatures aren't the only thing affected by some of the tipping points we've looked at. And a new study manages to separate out the effect of shutting down the gulf stream from the general impact of a warming climate. And it finds that, for the UK, changes in precipitation may have a larger impact than changes in temperature.