Archaeologists discover “Lamborghini” of chariots near ruins of Pompeii 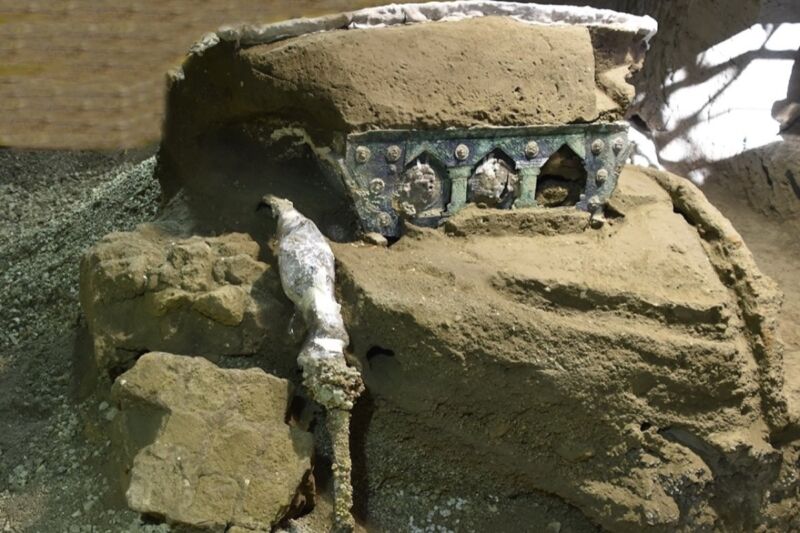 Enlarge / A four-wheeled ceremonial chariot discovered by archaeologists near the ancient Roman city of Pompeii. (credit: Archaeological Park of Pompeii)

The find is extraordinary both for its remarkable preservation and because it is a relatively rare object. "I was astounded," Eric Poehler, a professor at the University of Massachusetts Amherst who is an expert on traffic in Pompeii, told NPR. "Many of the vehicles [previously discovered] are your standard station wagon or vehicle for taking the kids to soccer. This is a Lamborghini. This is an outright fancy, fancy car. This is precisely the kind of find that one wants to find at Pompeii, the really well-articulated, very well-preserved moments in time."

Other archaeologists weighed in on Twitter. "My jaw is on the floor just now!" tweeted Jane Draycott of the University of Glasgow. "Still wrapping my head around the latest incredible discovery," Sophie Hay of the University of Cambridge tweeted in an extensive thread about the surprising find. "The details are extraordinary."