Is it time to move away from silicon-based solar? 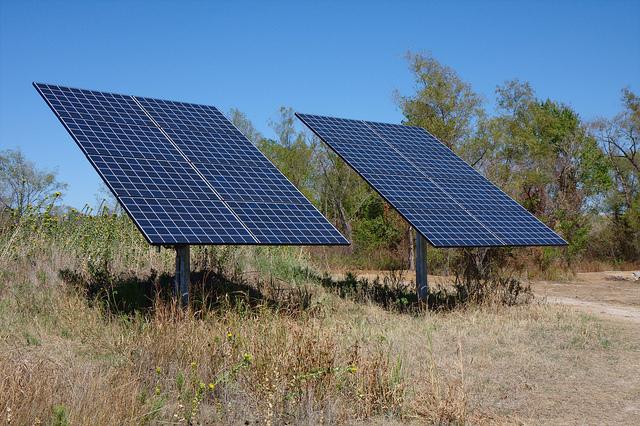 These traditional solar cells may be on their way out.
steevithak

CHICAGO—Currently, the world has the capacity to manufacture over 40 Gigawatts of solar panels each year, the vast majority of them silicon-based. And it's easy to see why: our expertise with processing the material has led to a staggering drop in costs, making photovoltaics (PVs) much more cost-competitive than just about anyone had predicted.

But that manufacturing innovation hasn't been matched on the basic research side; it's been over a decade since the last time anyone set a new efficiency record for silicon cells. And, even as manufacturing costs have dropped, the cost of support equipment and installation has remained stubbornly high and is an ever-increasing slice of the total price of PV systems.

That's got people thinking that it might be time that we get more power out of each installation. At the meeting of the American Association for the Advancement of Science, two researchers spelled out how they were finding ways to take an expensive material and make it cheap enough to be deployed on the same scale as silicon.