It says this led to last week's statement by the agency, disavowing an earlier position by a regional office that the US state was not at risk.

The acronym NOAA (for "National Oceanic and Atmospheric Administration") occurs six times in the article. But there's one apparent slip of the fingers resulting in "NAOO": 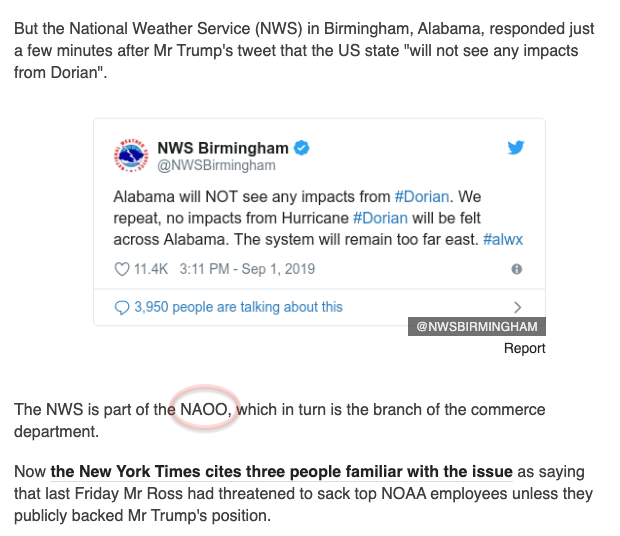 Presumably the writer's brain intended "NOAA", but their fingers (really their forebrain/basal ganglia circuits, I guess) generated "NAOO". What's interesting about this is that it preserves the pattern of letter identity XYZZ, while swapping the identity of letters Y and Z.

Examples like NAOO seem to be simply lapsus digiti ("slips of the fingers"), more complicated versions of "teh" for "the", while some of the other cases (like "Atilla" for "Attila") may be higher-level errors, where the writer simply mis-remembers the spelling in a way that misplaces doubled letters.