Home Eric Bakovic's Hub Remaking the University Will the Academic Senate Defend Faculty Authority or not?

Will the Academic Senate Defend Faculty Authority or not? 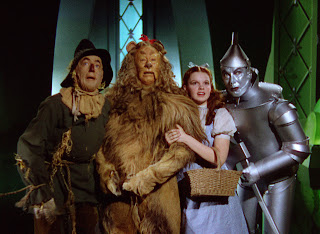 As those of you who have read the New York Times are aware, Senator Steinberg is introducing a bill into the California Legislature that will mandate the UC, CSU, and the CCC accept for credit a list of specific online courses--no matter who is the provider.  I am waiting to read the actual language of the bill (more analysis to come) but the heart of the bill apparently is to give to Steinberg's California Open Education Resources Council the authority to determine which 50 courses in the three systems were most oversubscribed and also to determine which online courses CCC, CSU, and UC would be required to accept for credit.  Put simply, the bill would remove from the different faculties control over their own curriculum and with it faculty authority over the education offered at their institutions. There is a lot to say about this idea: that despite the hype on MOOCs the actual studies on their effectiveness are quite mixed; if you look at their extraordinary dropout rates you wonder why they would be seized upon as an avenue to help people complete their schooling; the inability to scale the commenting that goes in a classroom with faculty and teaching assistants engaged in actual human contact; and that more assessment is needed before quality concerns can be allayed.  Or someone might be given pause by the fact that the Steinberg bill is an example of providing private capital with state funds rather than investing it in public education; that the usual venture capitalists are out in force insisting that this is all about access without mentioning their financial interests in this proposal, and that ACE is helping to streamline access for private corporations to capture markets with public authority.  Sadly, so far these are all things that could be said but are not being said by the System-wide Academic Senate Leadership.  One of the striking things about the NYT article is that whereas there are faculty statements from both CCC and CSU there are none from UC. Mark Yudof does indicate his support for online as he shows a cavalier disregard for the Constitutional autonomy of the UC system. In case Yudof and the Regents have forgotten, UC through article 9 of the California Constitution does have constitutional autonomy that has not, unfortunately, been extended to the other segments.  It is precisely to prevent political intrusion of this sort that the protection is there.  In case the University leadership has forgotten, Article 9 of the Constitution states: None of these items give the Legislature the power to demand that certain courses be given credit.  Does anyone in Oakland remember this? The Senate must not fail to oppose this move.  At stake is both educational quality and the authority of the Faculty.  In case the system-wide Senate leaders have forgotten, Regents Standing Order 105.2 declares that:

The Academic Senate shall authorize and supervise all courses and curricula offered under the sole or joint jurisdiction of the departments, colleges, schools, graduate divisions, or other University academic agencies approved by the Board, except that the Senate shall have no authority over courses in the Hastings College of the Law, San Francisco Art Institute, in professional schools offering work at the graduate level only, or over non-degree courses in the University Extension. No change in the curriculum of a college or professional school shall be made by the Academic Senate until such change shall have been submitted to the formal consideration of the faculty concerned.

Last time I checked the California Open Resources Council was not a part of the Academic Senate and neither Coursera, nor Udacity, nor Straighterline were parts of any UC faculty.  If the Academic Senate does not oppose this plan, and oppose it forcefully and with arguments, they will not only be endangering the educational quality of UC curriculum but willingly conceding their unwillingness to perform their basic function: to represent and hold in trust the duties and authority of the faculty.