How often are dairy cows in Austria treated with antibiotics?

The World Health Organization designates some antimicrobial classes to be of the “highest priority critically important” to human health. In a recent paper published in PeerJ – the Journal of Life & Environmental Sciences, researchers looked at the levels of antimicrobials dispensed to Austrian dairy cows and found that while the dairy cows in the study population were treated with antimicrobial substances for udder diseases at a relatively low frequency, reductions in the overall use of antimicrobials are still possible. Lead author Clair Firth writes below on the implications of the findings.

Since awareness of growing antimicrobial resistance became a global public health issue, the use of antimicrobials in livestock production has become increasingly controversial. Despite the European Union ban on using antimicrobials for growth promotion in animals in 2006, many countries continue to misuse these vital substances.

The European Union has collated data on antibiotic sales from most EU countries since 2009 and publishes these annually in the European Sales of Veterinary Antimicrobial Agents (ESVAC) report. However, sales data do not always accurately reflect actual use in the field, and they are not usually available for individual animal species. 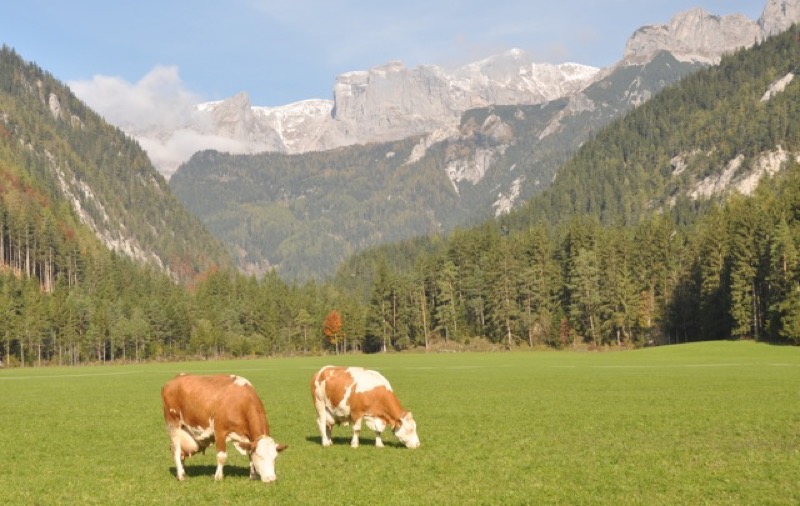 As veterinarians working in the Central European country of Austria, we wanted to analyse the level of antimicrobial use on dairy farms. The World Health Organization has designated some antimicrobial classes to be of the “highest priority critically important” to human health, and we were particularly interested in determining what proportion of antimicrobial use in dairy cows was made up of these substances.

Whether veterinarians or medics, farmers or consumers, antimicrobial use and the possible development of antimicrobial resistance affects us all.

Luckily, a previous research project funded by the Austrian Federal Ministry of Health (responsible for veterinary medicine) had developed an electronic herd book, which enabled both vets and farmers to record all treatments electronically.

By enrolling veterinarians who were already using the trial version of this program, we were able to access treatment records for all study farms electronically. This method is much more efficient than attempting to input thousands of paper records (while deciphering really bad handwriting!) and enabled us to build up a large database covering treatments for over 14,000 cattle over one year. 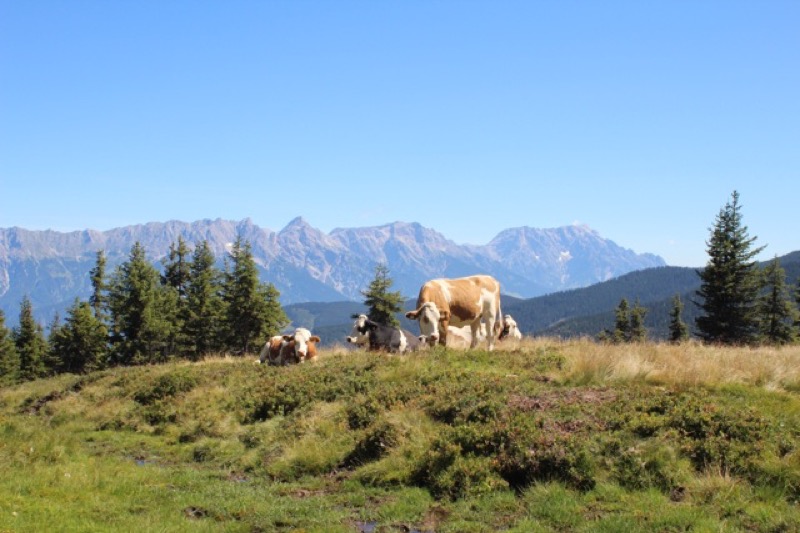 Austrian law requires that all antimicrobials dispensed by veterinarians to farmers for use in food-producing animals must be reported to the relevant authorities. Antibiotics that the veterinarian administers directly to such animals are not included, but as we were collecting all dispensing and administration data direct from the veterinarians in our study we had access to more data than the legislation requires. As previous studies have shown that udder diseases are globally the most commonly treated disorder in dairy cows, we decided to concentrate on this area.

Selecting the units of measurement for antimicrobial use studies is a complex and difficult decision. Researchers working on quantifying antimicrobial use cannot seem to agree on an ideal standardised unit, in fact, they only agree that there is no perfect unit! To give you some idea of how controversial such decisions can be: we recently attended a two-day conference in Belgium with researchers from around the globe concentrating solely on quantifying veterinary antimicrobial use and which units to use (www.aacting.org).

For comparisons between countries, sales data often use weight measurements, such as tonnes or milligrams sold. However, these weight calculations do not necessarily represent the actual number of treatments, as older antibiotics (such as oxytetracycline) are “heavier” than more modern molecules (e.g. cephalosporins).

The next possible step is to calculate the mg of antimicrobial substance per kilogram of animal liveweight. The European Union quantifies use by estimating the total farm animal liveweight for each European country, based on assumptions and standardised weights, this unit is known as the “Population Correction Unit” or PCU. 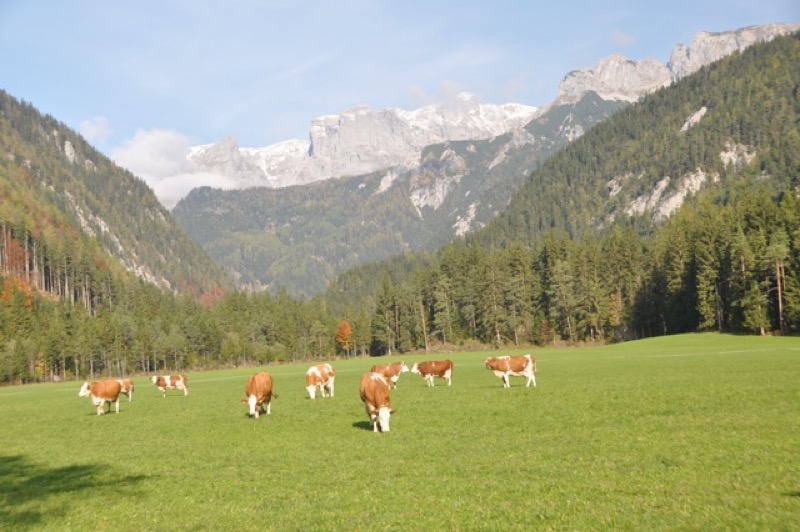 Recently, the European Medicines Agency also published standardised units for use in veterinary medicine called “Defined Daily Doses vet” (DDDvet). These are comparable to the Defined Daily Doses used for decades in human medicine. As we had access to the precise number of cattle on each of our study farms (via the national cattle movement database), we calculated the number of DDDvet for each antibiotic per cow and year to obtain as accurate a metric as possible.

We determined that the overall antimicrobial use for treating udder diseases on Austrian dairy farms was relatively low, with an average number of 1.3 doses administered per cow each year. However, of these treatments, 0.7 doses per cow and year were made up of the highest priority critically important antimicrobials (HPCIAs) and were, therefore, considered essential for human medicine.

These findings are important as they show how much the dairy industry depends on these critical antimicrobials and how it is vital that regulatory authorities, governments and pharmaceutical companies work together to ensure that other, effective – but not vital for human health – antibiotic products remain on the market for veterinary use.

These results will allow us to develop training packages for both veterinarians and farmers and to provide information to veterinarians on which antimicrobials to use or avoid. Having the data to back up policy decisions will also help ministry officials to update the prudent use of antimicrobials guidelines.

Having the data to back up policy decisions will also help ministry officials to update the prudent use of antimicrobials guidelines.

In future, our study team will focus on how to reduce antimicrobial use overall through a variety of farm management measures. We have also begun collecting environmental samples from the study farms to assess the level of antimicrobial resistance present.

Whether veterinarians or medics, farmers or consumers, antimicrobial use and the possible development of antimicrobial resistance affects us all. We cannot ignore the problem, we all need to work together to reduce unnecessary use and protect these vital medicines.

However, while we welcome limitations on unnecessary use, particularly of those antibiotics considered critical for human health, we feel it is essential to emphasise that sick animals deserve to be treated. Not treating them leads to animal welfare issues. For this reason, we are looking forward to working together with our fellow veterinarians in developing responsible treatment protocols to ensure dairy cows are kept happy and healthy and able to provide consumers with great quality milk!

Clair Firth is a British veterinarian based in Vienna, Austria. Following a career in the pharmaceutical industry, she returned to academia to research the use of antibiotics in farm animals. She also works as a cattle veterinarian in the Austrian mountains.