My Facebook feed recently lit up with righteous Americans celebrating the a new female-led government in Finland. “Change in Finland: A government led by five women and the world’s youngest prime minister” (Washington Post) was a typical article. More substantive, “Finland’s New Government Is Young And Led By Women—Here’s What The Country Does To Promote Diversity” (Forbes):

The new female prime minister’s coalition government was formed with all five party leaders being women – the majority being under 40-years of age, … Feminists across countries applauded and congratulated the new prime minister inspired what might promise more change and innovative solutions to come. … Research from the past 30 years suggests that quota provisions and the type of electoral system are good predictors for women’s representation in parliament across countries.

The Eskimo/Inuit world, however, reached this milestone decades ago. During our Northwest Passage cruise, I commented to an anthropology professor on board that all of the people we’d met in Nunavut with steady government paychecks were women: the mayor of every town, the teachers and other school employees, etc. She said that it was like that everywhere in the Inuit region of Canada: “Women are the ones to go to college and they run all of these towns, from the mayor on down.”

Here’s the mayor of Cambridge Bay: 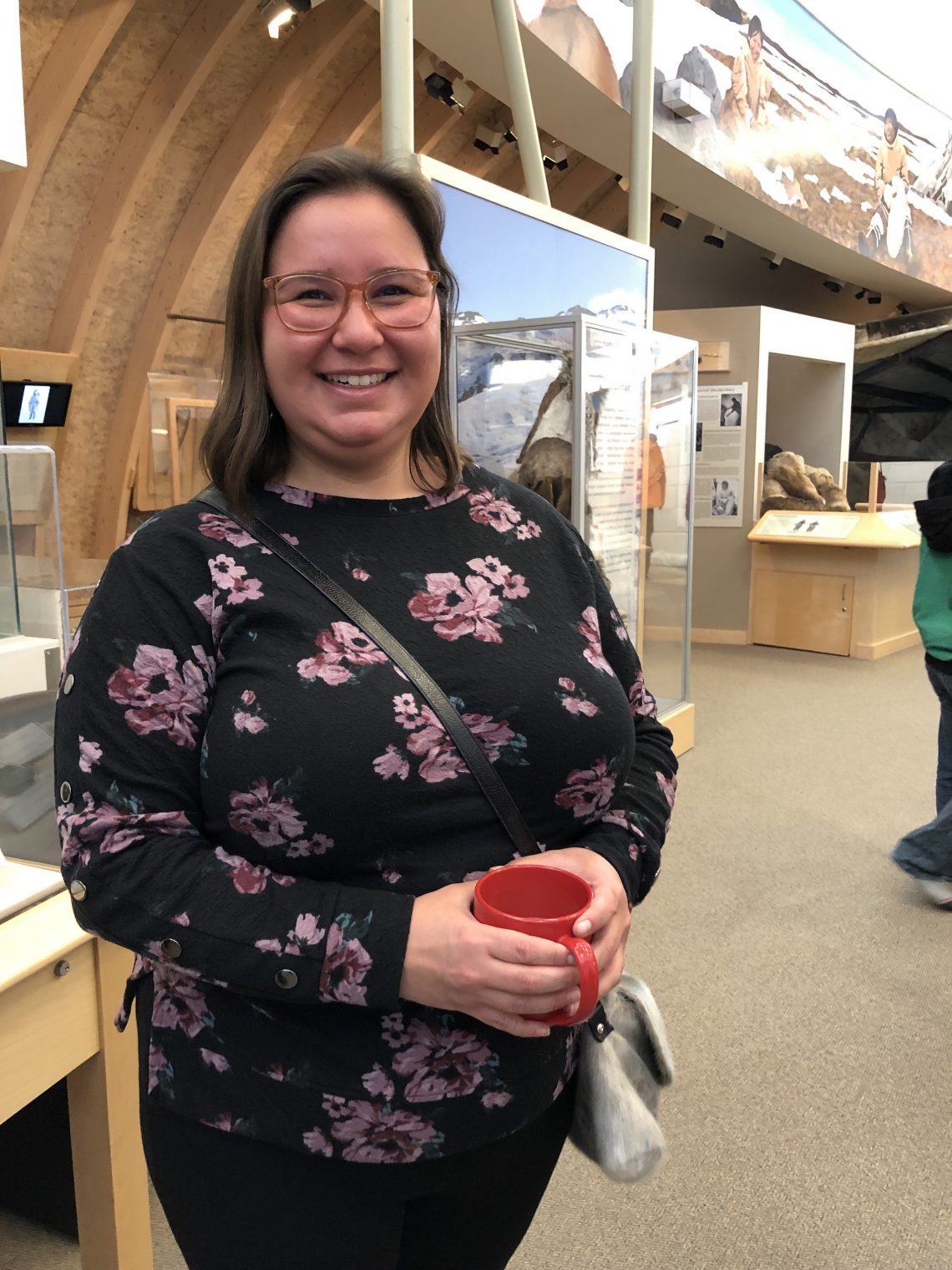 In addition to some locally useful content, the library features Women Who Write Are Dangerous:

Traditional Eskimo society, which includes people from the Bering Sea through to Greenland, involved a strong gender-based division of labor (and there were only two gender IDs available). Men were responsible for hunting and making tools. Women were responsible for having babies, taking care of children, technical sewing, and cooking. This was a sustainable way of life for at least 2,000 years. 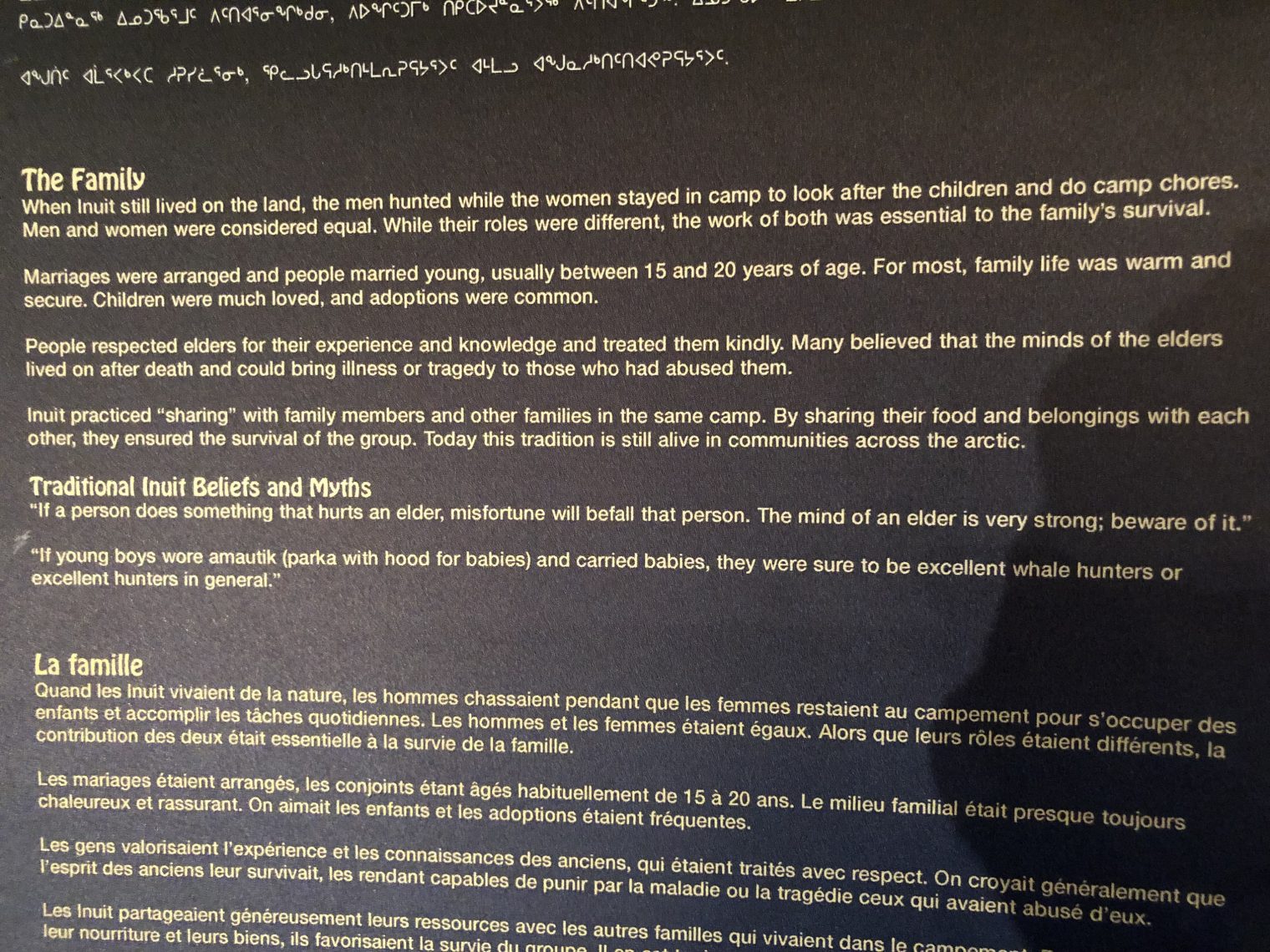 Europeans barged in with cheap industrial food and factory-made tools, thus devaluing the traditional role of men. Except for the sewing activity, the Europeans made the traditional female role more valuable. Where children had previously been a burden and a woman would have to find a man to help her feed the extra mouths, the government now frees women from all of the costs of child-rearing. As in the U.S., the Inuit woman who gives birth is entitled to government-supplied housing, government-supplied food, and government-supplied health care. What if she has 10 kids? “Every time a child turns 5,” replied a single mom, “the government has to give me a bigger house. It is illegal for children over 5 to share a room.”

The private houses that we saw advertised for sale were absurdly expensive compared to potential incomes for any non-government job. Public housing is $50-100/month; a comparable quality house across the street might be $300,000 to purchase. 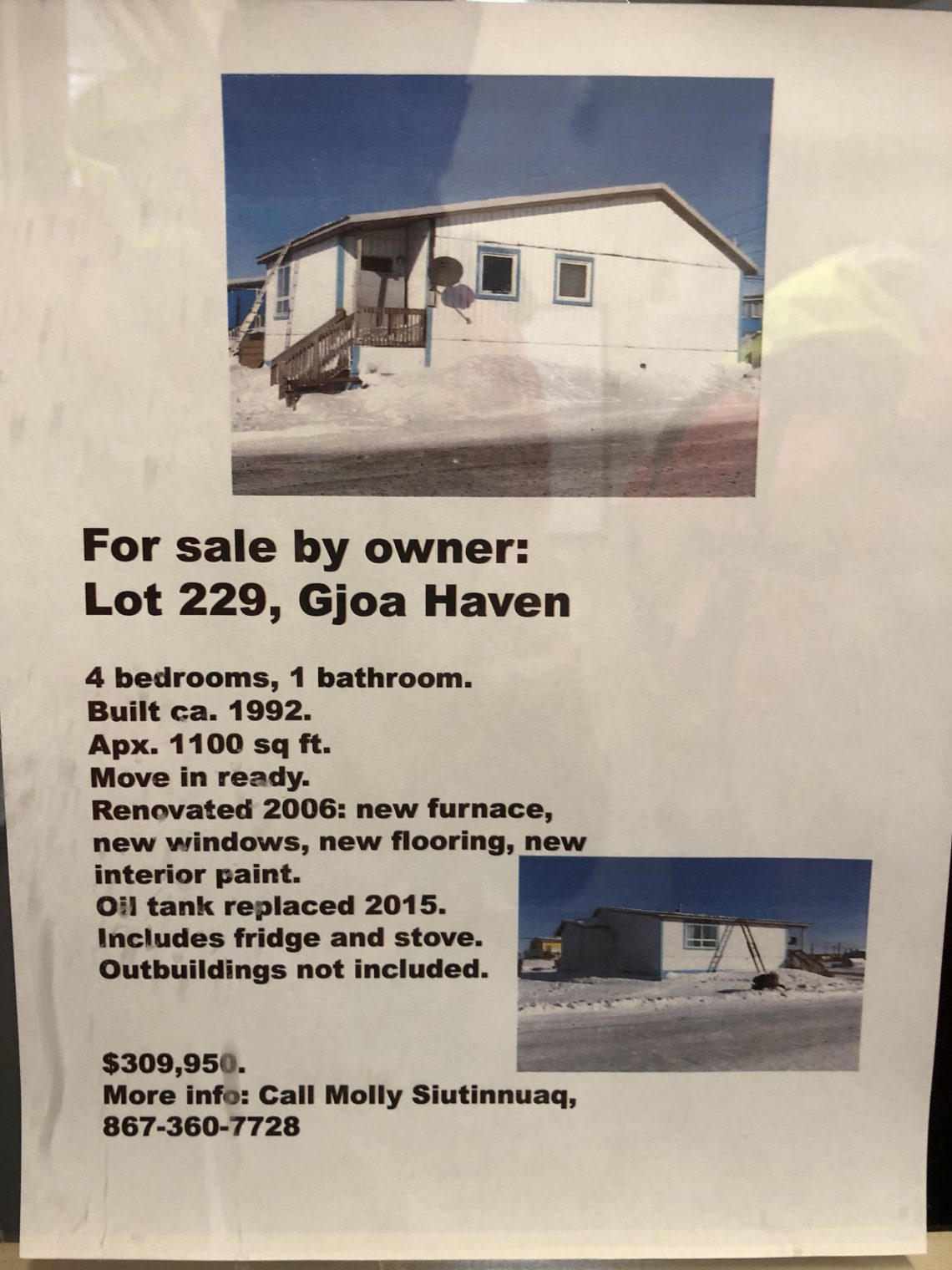 (Inuit have among the highest population growth rates in Canada now:

What’s left for the men to do? Some seem to have construction jobs, but there is a lot of alcohol (in industrial quantities, another gift from the European invaders) and Xbox. A teenager told us that his father had 9 children total and had not, as far as he had observed, done anything by way of gainful employment. Suicide statistics are frightening and nearly every Inuit person we met seemed to have a story about a brother or father who’d killed himself.

(https://www.nybooks.com/articles/2019/10/10/inuit-highest-suicide-rate/ : “If Nunavut, the semi-autonomous Canadian territory that is home to roughly 28,000 indigenous Inuit people, were an independent country, it would have the highest suicide rate in the world. The suicide rate in Greenland, whose population is mostly Inuit, is 85 per 100,000; next highest is Lithuania, at 32 per 100,000. Nunavut’s rate is 100 per 100,000, ten times higher than the rest of Canada and seven times higher than the US. When I visited Nunavut’s capital, Iqaluit, in July, virtually every Inuit I met had lost at least one relative to suicide, and some recounted as many as five or six family suicides, plus those of friends, coworkers, and other acquaintances.”)