Aviation weather reports at the time of Kobe Bryant crash

Friends have been asking me about the Sikorsky S-76 helicopter crash that killed Kobe Bryant today. weather.com says that the crash occurred on January 26 close to 10:00 am and that conditions were cloudy/foggy.

Calabasas, California is between the Burbank and Camarillo airports. Here are their respective weather reports from around that time (10:00 am California time is 18Z). Burbank was right on the edge between visual and instrument flying conditions:

Camarillo, closer to the coast, was slightly better:

Over the hill at the Santa Monica airport that Californians are always getting into fights about?

Assuming that it was bad weather that led to this accident, the engineering question is “Why couldn’t the $10 million helicopter fly itself away from obstacles, the way that a $400 DJI drone can?”

A Sikorsky is equipped with multiple computer-readable attitude sources so that the onboard processors know whether the machine is pitched or banked. It has multiple GPS position sensors so it knows where it is. It has at least one terrain database so it knows where the obstacles are. It has autopilot servos capable of maneuvering the aircraft. Why doesn’t it have the intelligence to say “You’re about to hit something, would you like me to take over and fly away from these obstacles and park on the ramp at the Van Nuys Airtel so that we can all relax?” 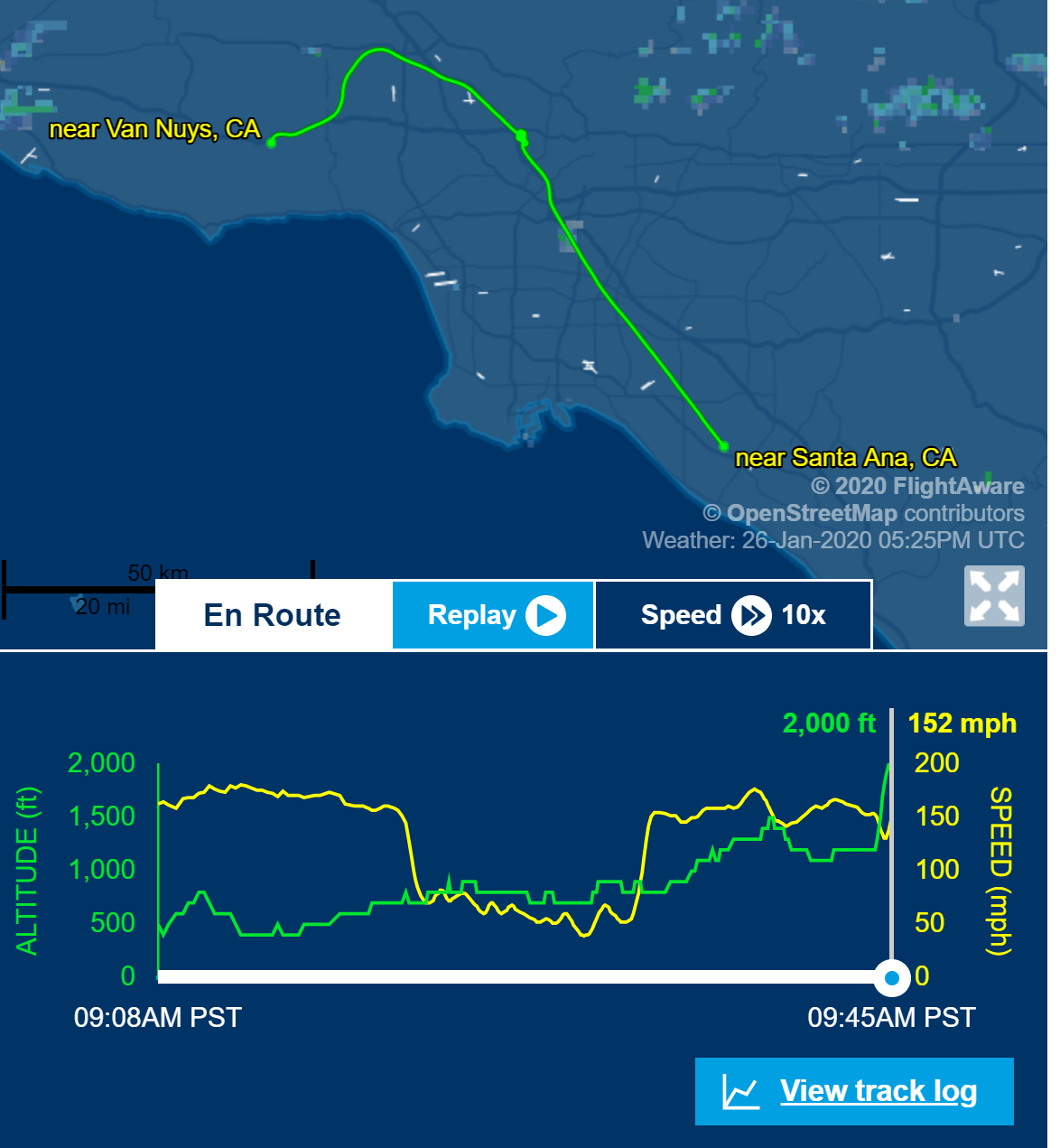 The track log shows a rapid climb during the last minute of the flight, perhaps an attempt to climb away from terrain (ignore the “PM” after the time; FlightAware translated to Eastern time):

Skyvector chart for the area in question: 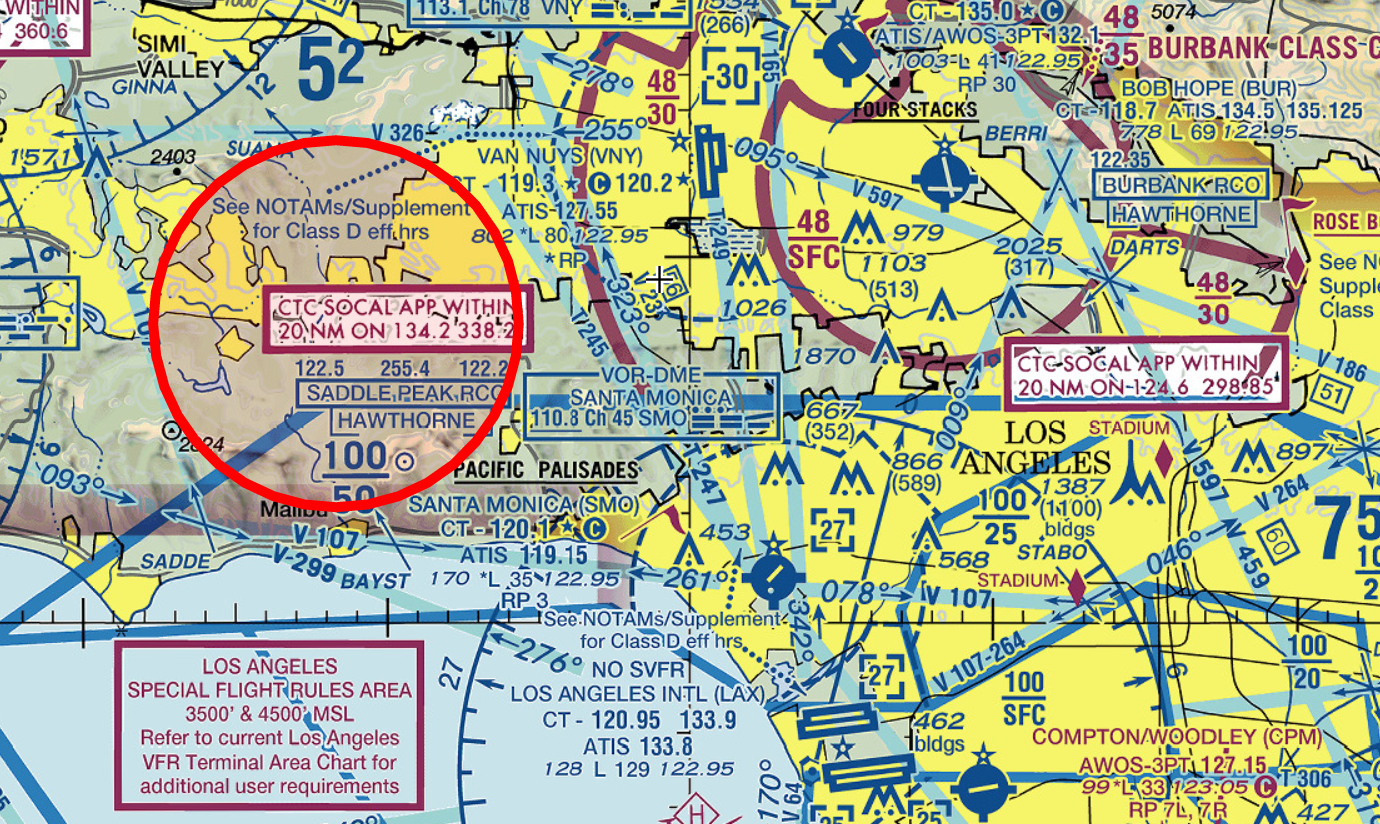 Note the red circle indicating a temporary flight restriction around the crash area. Also note the “5.2” above the red circle, indicating that one has to be 5,200′ above sea level in order to clear all of the obstacles in this part of the chart. (Google Earth shows that the highest terrain near the media-reported crash site of the 4200 block of Las Virgenes Rd. in Calabasas is around 1,100′)

An alternative presentation of transponder (ADS-B) data from flightradar24: 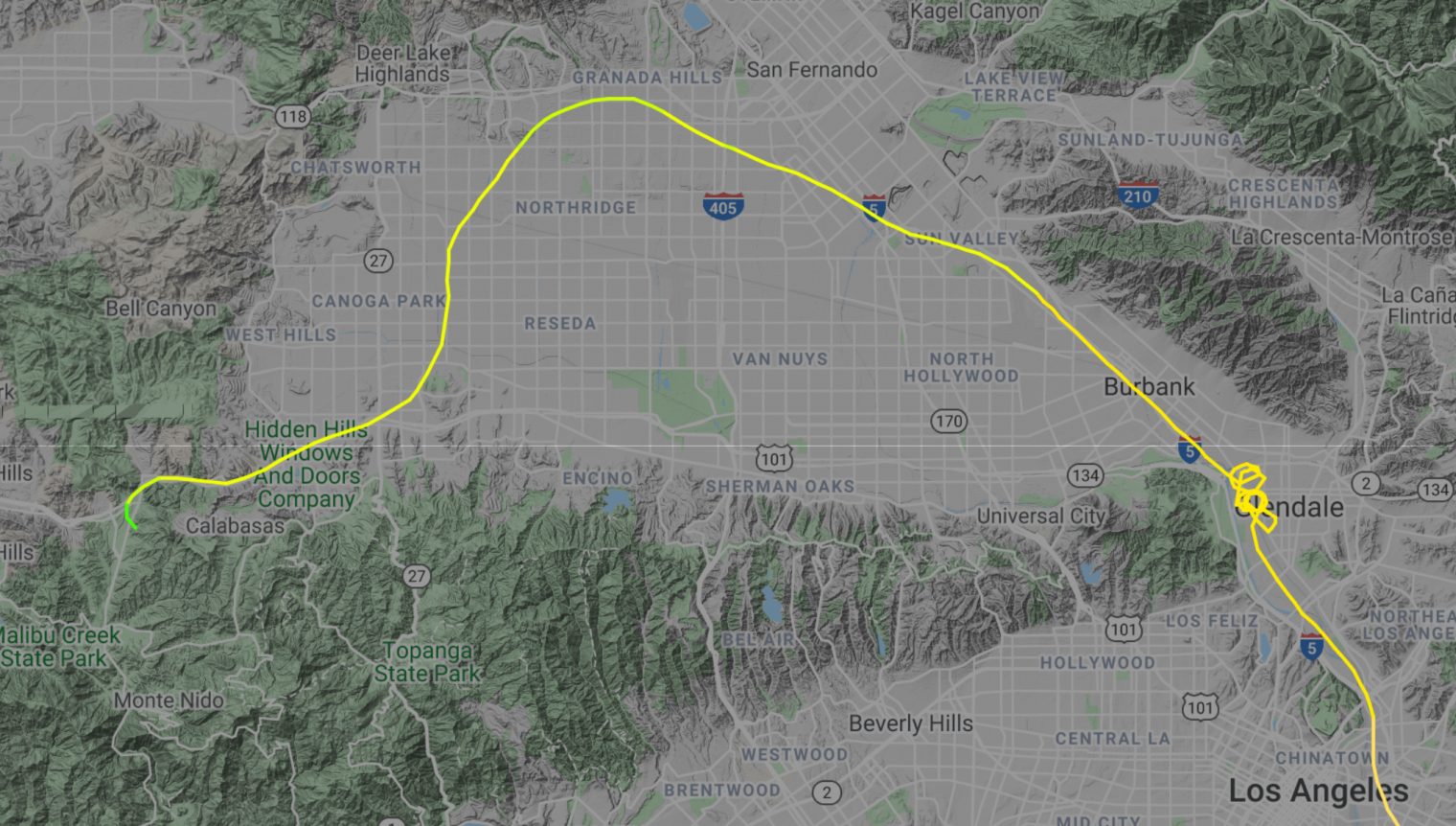 A YouTube video puts together the flight’s track with Air Traffic Control communications (presumably from liveatc.net). The pilot reported being at 1,400′ or 1,500′ above sea level. The Burbank and Van Nuys airports are 800′ above sea level. So this was 600-700′ above the ground (low for an airplane, but within the realm of normal for a helicopter) and thus, if the cloud layer had a flat bottom and the weather reports over 1,100’+ ceilings were accurate, the helicopter should not have been in a cloud.