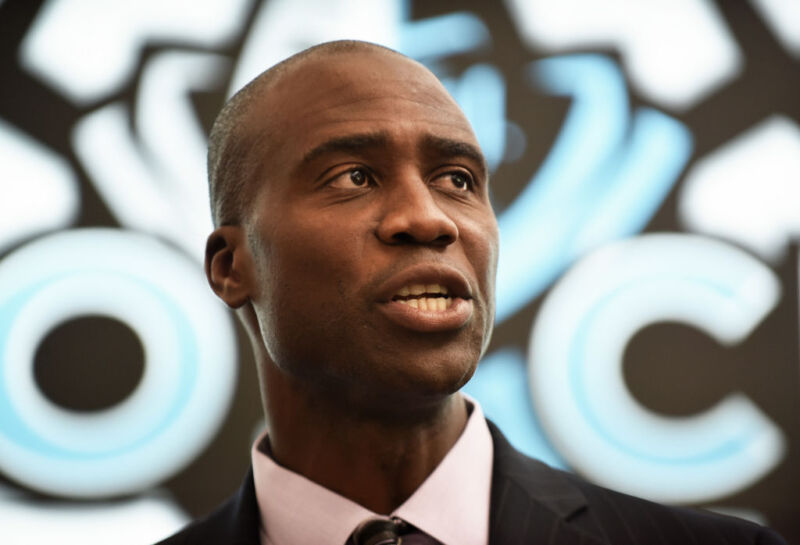 Florida's top health official was tossed from a meeting last week after refusing to wear a mask in the presence of a state senator with cancer.

In a reportedly tense exchange on Wednesday, state Surgeon General Joseph Ladapo was asked to leave the office of Democratic state Senator Tina Polsky, who has been diagnosed with breast cancer. Cancer patients are at higher risk of contracting COVID-19 and becoming severely ill. They also may not be able to mount a full immune response after being vaccinated against the disease, according to the Centers for Disease Control and Prevention.

Ladapo had requested the meeting with Polsky in an effort to win Senate confirmation for his appointment, which Gov. Ron DeSantis announced late last month. Ladapo's appointment has drawn controversy, particularly from Democrats, because of his views on the pandemic and vocal opposition to public health measures. In a series of op-eds and public appearances, Ladapo has advocated for allowing the pandemic coronavirus to spread and signed onto the controversial Great Barrington Declaration. Meanwhile, he has stoked unfounded fears about vaccine safety, misrepresented evidence on mask effectiveness, and opposed mask mandates, vaccine mandates, quarantines for school children, and lockdowns.