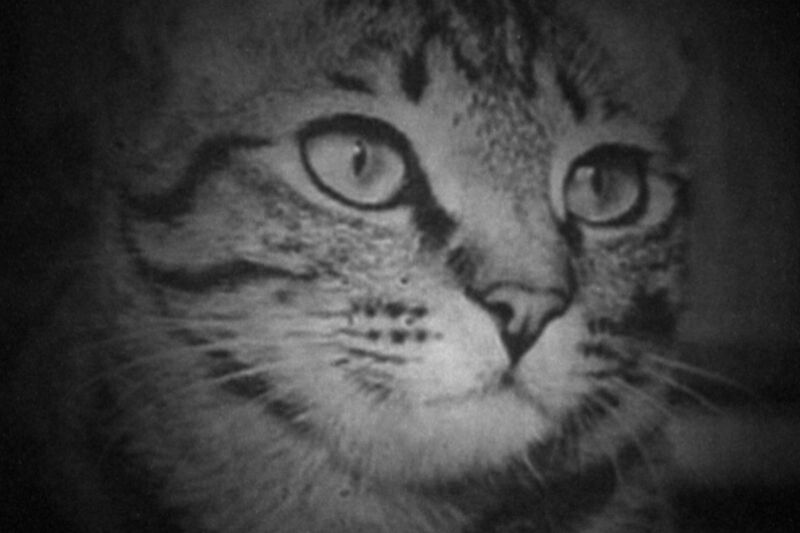 Every cat owner knows how their feline companions delight in chasing a tiny pinpoint of light from a simple laser pointer. Now, Brazilian physicists have figured out how to trap and bend laser light into intricate shapes, producing the impressive photorealistic image of a cat pictured above. Among other potential applications, their method—described in a recent paper posted to the physics arXiv—could prove useful for building better optical traps to create clouds of ultra-cold atoms for a variety of quantum experiments.

The ability to produce and precisely control the shape of laser beams with high fidelity is vital for many segments of research and industry, according to co-authors Pedro Silva and Sergio Muniz of the University of Sao Paolo. They group most wavefront engineering approaches into two basic categories.

The first includes such approaches as digital micro mirrors (DMDs) and acoustic optical modulators (AOMs), which are easy to implement and boast a fast response for near real-time feedback control. But they have a limited ability to control the phase of the light field and can't create certain kinds of structured light. They are also prone to speckle, diffraction, or other distortions.