If everyone bicycled like the Danes, we’d avoid a UK’s worth of emissions 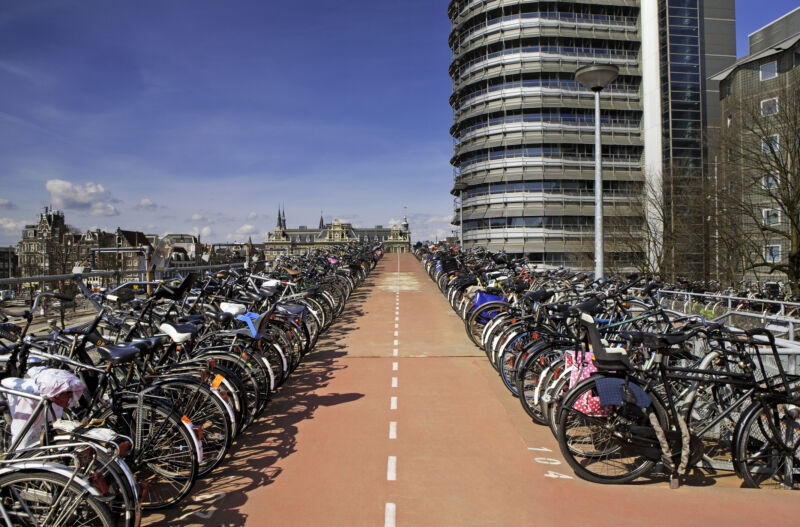 Enlarge / Bikes, infrastructure, and willingness to use both are all needed for Netherlands-level cycling use. (credit: Scott E Barbour)

Transportation produces about a quarter of the world's greenhouse gas emissions, and passenger vehicles account for over half that figure. As such, nearly every plan for future emissions cuts includes some variant of getting people out of internal-combustion vehicles—typically into electric versions of the same vehicle. But a couple of countries have managed an alternate route to lower emissions: Denmark and the Netherlands both have bicycle-focused transportation that gets many people out of cars entirely.

An international team of researchers decided to look into what factors have enabled these countries to make that shift and what might happen if more countries adopted a similar transportation focus. Two conclusions are clear: It's hard to get reliable data on bicycles, and bicycle-focused transportation could eliminate emissions equivalent to that of a decent-sized industrialized country.

How many bikes are there?

We have very good figures on the use of motor vehicles through government-required licensing and registration data. For bicycles, this is almost never the case, so the researchers had to estimate the number of bicycles present in most countries. To do so, they took figures on the manufacturing, import, and export and combined them in a model with information on how long bicycles typically last before being junked. The data runs up to 2015, so is already a bit out of date, as the pandemic has boosted cycling in many countries, but the countries they are able to make estimates for cover 95 percent of the global GDP.