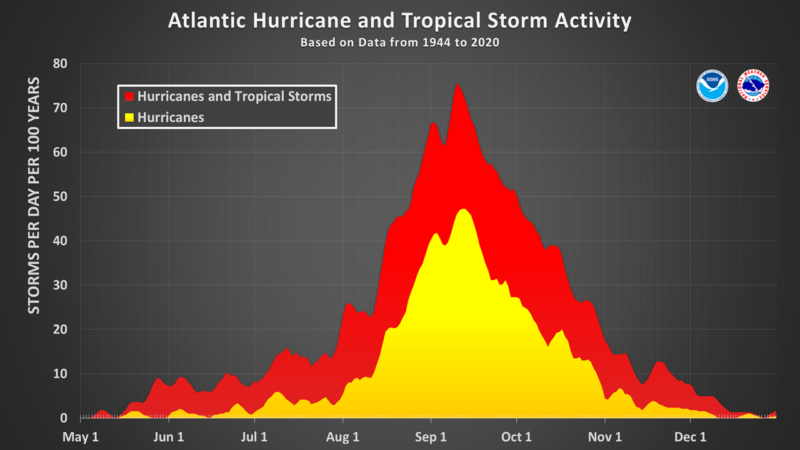 To state the obvious: This has been an unorthodox Atlantic hurricane season.

Everyone from the US agency devoted to studying weather, oceans, and the atmosphere—the National Ocean and Atmospheric Administration—to the most highly regarded hurricane professionals predicted a season with above-normal to well above-normal activity.

For example, NOAA’s outlook for the 2022 Atlantic hurricane season, which runs from June 1 to November 30, predicted a 65 percent chance of an above-normal season, a 25 percent chance of a near-normal season and a 10 percent chance of a below-normal season. The primary factor behind these predictions was an expectation that La Niña would persist in the Pacific Ocean, leading to atmospheric conditions in the tropical Atlantic more favorable to storm formation and intensification. La Niña has persisted, but the storms still have not come in bunches.