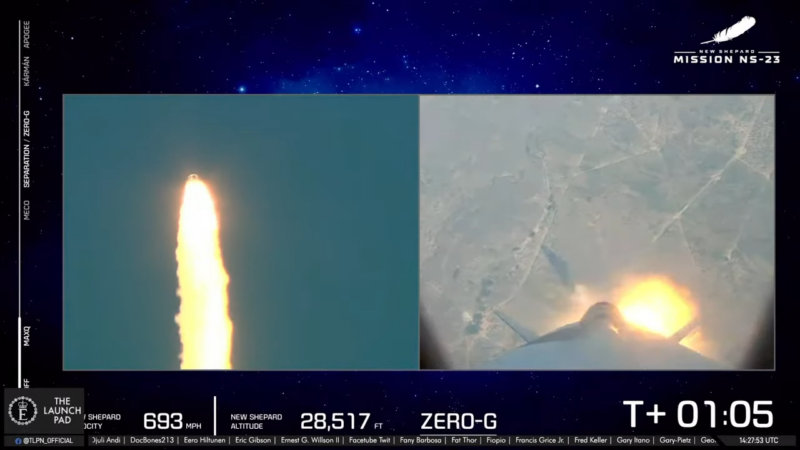 Enlarge / The emergency escape system is seen firing on the New Shepard spacecraft Monday morning after its rocket was lost. (credit: Blue Origin)

As the mission carrying three dozen scientific payloads ascended to about 9,000 meters, the New Shepard capsule's solid rocket motor-powered escape system suddenly fired, safely pulling the capsule away from the rocket. This happened 1 minute and 4 seconds after launch.

Blue Origin's webcast did not explain the anomaly, but it appeared that the rocket's flight termination system was activated. This happened after the rocket had passed through max Q, the point at which the vehicle faces maximum dynamic pressure during ascent, and its BE-3 rocket engine was throttling back up to continue climbing on its suborbital trajectory. Suddenly, there was a large, anomalous plume of fire from the rocket's engine, and the escape motor on board the spacecraft fired.