When diplomacy fails: After gifts, Teotihuacan turned on Maya cities 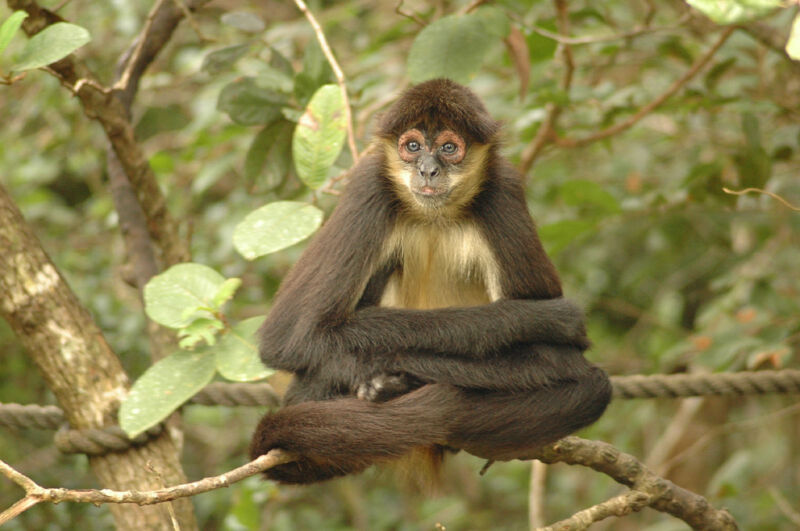 Spider monkeys don’t live anywhere near the central Mexican highlands, including the area around what’s now Mexico City, once the home of Teotihuacan. So when University of California, Riverside, archaeologist Nawa Sugiyama and her colleagues found the 1,700-year-old skeleton of one buried alongside other offerings in a pyramid in the city’s ceremonial center, they knew it must have come from far afield—such as somewhere in the territory of what was then a neighboring political power, the Maya. And the little primate hints at a previously unsuspected history of diplomatic links between Teotihuacan’s rulers and Maya kingdoms further south.

Sugiyama and her colleagues found the skeleton interred as part of a ritual offering deep inside one of the three pyramids that make up the Plaza of the Columns complex in the ceremonial district of ancient Teotihuacan. It was found alongside a trove of jade figurines that were traced by their chemical makeup to the Motagua Valley in what’s now central Guatemala. There were also finely worked obsidian blades and shell ornaments, along with the remains of other animal sacrifices, including an eagle, a puma, and several rattlesnakes.

No primates (other than humans) live in the region around what’s now Mexico City, and a spider monkey would have been “an exotic curiosity, alien to the high elevations of Teotihuacan,” as Sugiyama and her colleagues describe it in their paper.