No sign of the expected lake bed where Perseverance rover landed 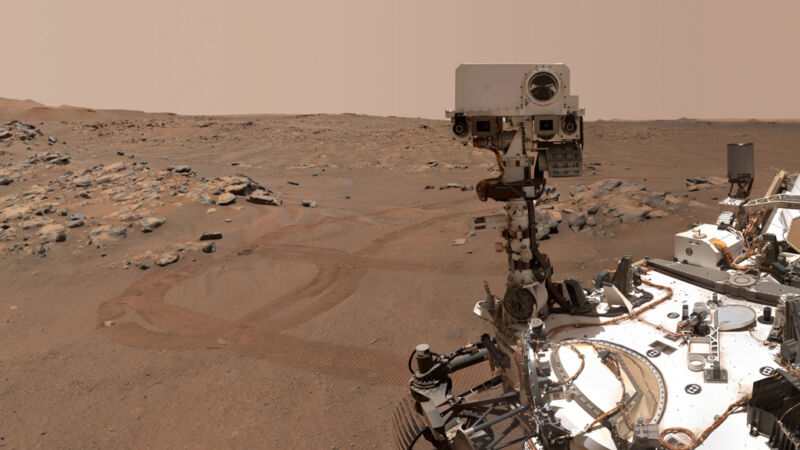 Enlarge / No, those donut tracks aren't mine, officer. (credit: NASA/JPL-Caltech/MSSS)

The Perseverance rover landed in Mars' Jezero Crater largely because of extensive evidence that the crater once hosted a lake, meaning the presence of liquid water that might once have hosted Martian life. And the landing was a success, placing the rover at the edge of a structure that appeared to be a river delta where the nearby highlands drained into the crater.

But a summary of the first year of data from the rover, published in three different papers being released today, suggests that Perseverance has yet to stumble across any evidence of a watery paradise. Instead, all indications are that water exposure in the areas it explored was limited, and the waters were likely to be near freezing. While this doesn't rule out that it will find lake deposits later, the environment might not have been as welcoming for life as "a lake in a crater" might have suggested.

Putting it all together

Perseverance can be considered a platform for a large suite of instruments that provide a picture of what the rover is looking at. Even its "eyes," a pair of cameras on its mast, can create stereo images with 3D information, and offer information on what wavelengths are present in the images. It also has instruments that can be held up to rocks to determine their content and structure; sample-handling hardware can perform a chemical analysis of materials taken from rocks.