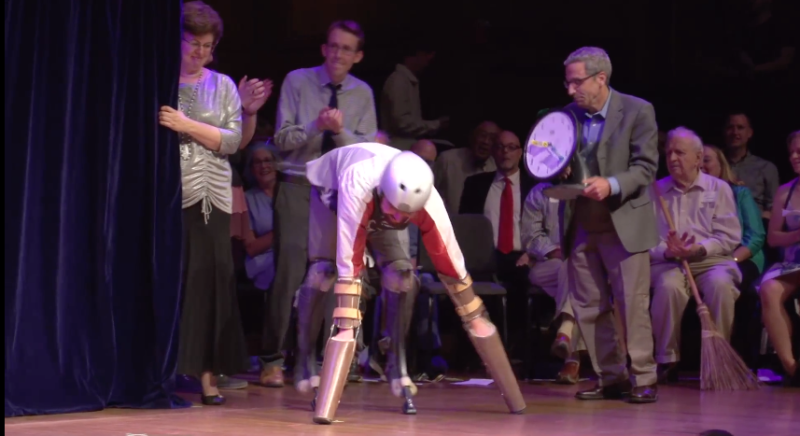 Enlarge / To understand goats, you have to walk like them. Or something.

I'm the Ars correspondent responsible for the Nobel Prize coverage. And each autumn, the fact that they're coming up tends to slip my mind until a very specific moment: the announcement of the Ig Nobel Prizes, organized by the Annals of Improbable Research. Each year, honorees are cited for doing scientific work that, at first glance, seems devoid of sane motivation. But sometimes (not always) a more careful look at their work shows that it's getting at a serious scientific issue, if perhaps in a baroque or roundabout way.

This year's awards, handed out at a ceremony that traditionally includes everything from a mini-opera to a Nobel Laureate acting as an official Sweeper of Paper Airplanes, was no exception. I'm partial to the science behind figuring out the brand personality of rocks, since it adds rigor to a field that was apparently lacking it.

But I'm getting ahead of myself. Here, in no particular order, are the honorees.