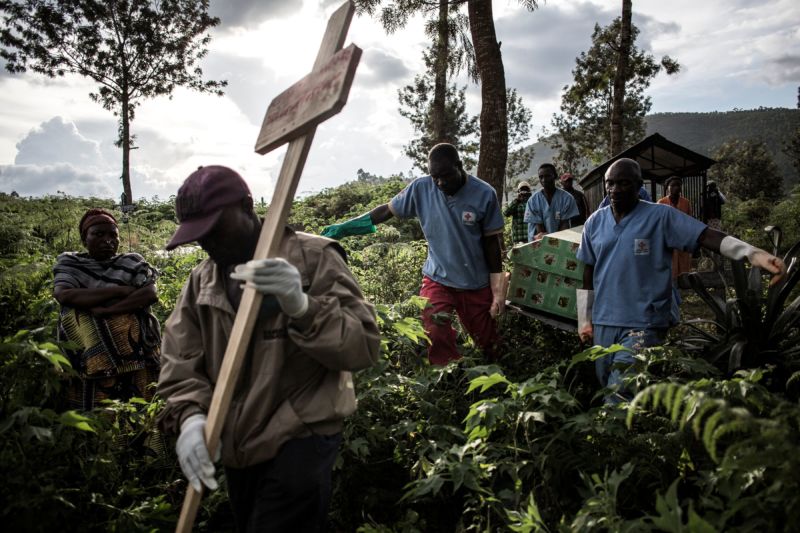 Enlarge / Health workers carry a coffin containing a victim of Ebola virus on May 16, 2019, in Butembo, DRC, a city at the epicenter of the Ebola crisis. (credit: Getty | John Wessels)

Health officials in Uganda have confirmed the country’s first case of Ebola stemming from a massive outbreak that has been raging across the border in the Democratic Republic of the Congo since August of 2018.

The World Health Organization reported Tuesday, June 11, that the case is in a 5-year-old boy from the DRC who traveled with his family into Uganda on June 9. The boy’s case was confirmed by the Uganda Virus Institute (UVRI), and he’s receiving care in the Ebola Treatment Unit in the western Ugandan town of Bwera, which sits at the border with DRC.

Health officials have feared the spread of the virus, which has festered in DRC’s North Kivu and Ituri provinces for nearly a year. The provinces sit on the eastern side of the country, bordering South Sudan, Uganda, and Rwanda. As of June 9, the WHO reports 2,062 cases (1,968 confirmed and 94 probable), including 1,390 deaths (1,296 confirmed and 94 probable) in the outbreak. It is the second largest Ebola outbreak on record, surpassed only by the 2014 West African outbreak, which involved more than 28,000 cases and 11,000 deaths.