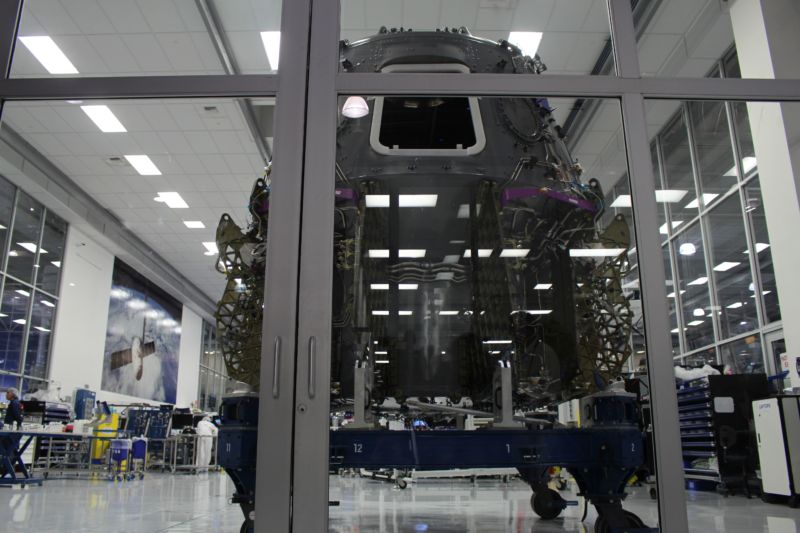 Enlarge / A 2018 view of the clean room where the spacecraft for the first crewed Dragon mission was nearing completion. It will now be used for an In-Flight Abort test instead. (credit: Eric Berger)

On Monday, officials from SpaceX and NASA provided an update on the investigation of an anomaly that occurred in April, which destroyed a Crew Dragon spacecraft. Generally, they were upbeat with their assessment: "I'm pretty optimistic right now, because we have a good path forward," said Hans Koenigsmann, SpaceX's vice president of mission assurance.

After nearly three months of work—which has included the collection of debris from the ground-based incident, assessing large volumes of data, and a series of tests at SpaceX's rocket development facility in McGregor, Tex.—the company is about 80% complete with its analysis, Koenigsmann said. He characterized the findings discussed Monday as "preliminary."

The accident occurred during tests of the Crew Dragon's thruster systems in Florida. The capsule has "Draco" thrusters used to maneuver in space as well as powerful "SuperDracos." They would fire in the event of an emergency with the rocket to pull the crew safely away during a launch. Specifically, the April 20 anomaly occurred during the activation phase of the SuperDraco thruster system, when it is is pressurized and valves are opened and closed.