The ancient origins of glass 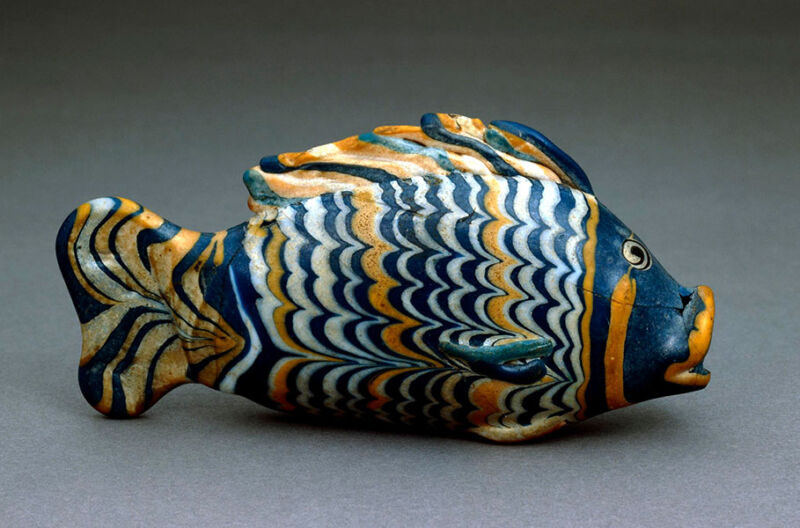 Enlarge / This glass fish was found in a fairly modest private house in Amarna, buried under a plaster floor along with a few other objects. It may once have contained ointment. (credit: Trustees of the British Museum)

Today, glass is ordinary, on-the-kitchen-shelf stuff. But early in its history, glass was bling for kings.

Thousands of years ago, the pharaohs of ancient Egypt surrounded themselves with the stuff, even in death, leaving stunning specimens for archaeologists to uncover. King Tutankhamen's tomb housed a decorative writing palette and two blue-hued headrests made of solid glass that may once have supported the head of sleeping royals. His funerary mask sports blue glass inlays that alternate with gold to frame the king's face.

In a world filled with the buff, brown, and sand hues of more utilitarian Late Bronze Age materials, glass—saturated with blue, purple, turquoise, yellow, red, and white—would have afforded the most striking colors other than gemstones, says Andrew Shortland, an archaeological scientist at Cranfield University in Shrivenham, England. In a hierarchy of materials, glass would have sat slightly beneath silver and gold and would have been valued as much as precious stones were.