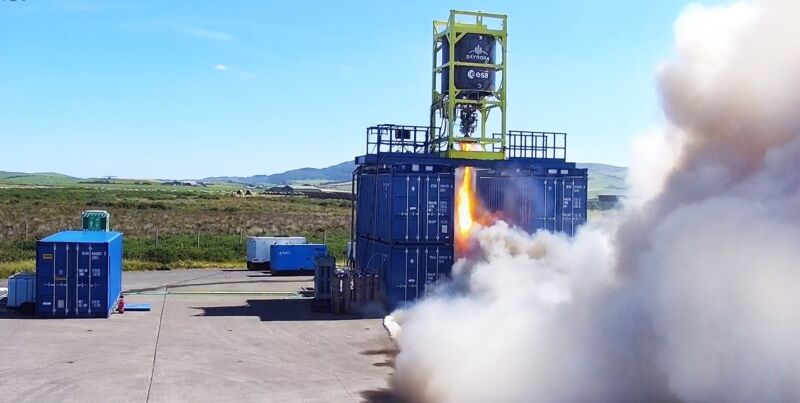 Enlarge / Skyrora announced this week it has completed a hot fire test of its XL rocket's second stage. (credit: Skyrora)

Welcome to Edition 5.07 of the Rocket Report! We are now just 11 days away from NASA's first attempt to launch its SLS rocket and Orion spacecraft. I've reported this story for more than 11 years and can hardly believe we've reached this moment. Starting Monday, I'll have a lot of coverage—good and bad—on Ars to put this moment into context. Be sure to check it out.

Really—the Electron is going to Venus. Rocket Lab announced this week plans to self-fund the development of a small spacecraft and its launch on an Electron rocket. The craft will send a tiny probe flying through the clouds of Venus for about five minutes at an altitude of 48-60 km. Rocket Lab founder Peter Beck has joined up with several noted planetary scientists, including Massachusetts Institute of Technology professor Sara Seager, to design this mission, Ars reports.