Elizabeth Holmes sentenced to 11.25 years in prison for Theranos fraud 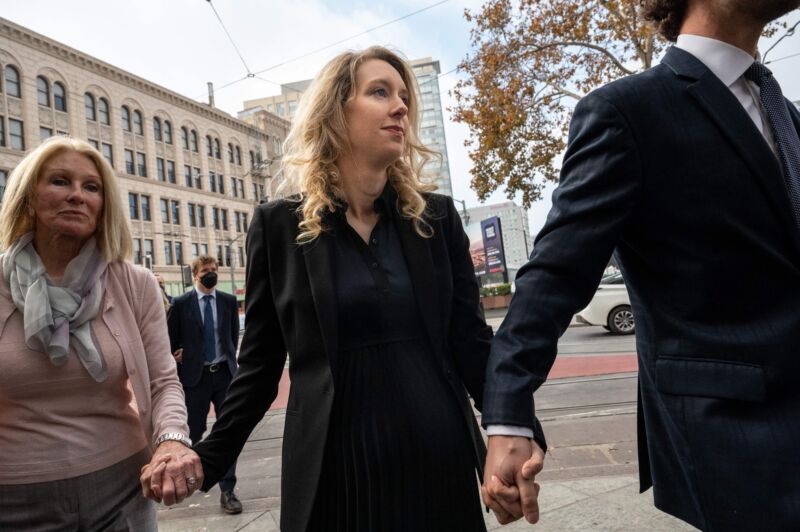 Elizabeth Holmes has been sentenced to 11.25 years in federal prison, plus three years of supervision for her conviction in January on four counts of defrauding investors of her failed blood-testing company, Theranos. Restitution in the case will be determined at a later hearing, not yet set.

The sentencing is less than the maximum of 20 years set by federal sentencing guidelines, but still more than the nine-year prison sentence recommended by the probation officer in Holmes' case.

Federal prosecutors had sought 15 years of imprisonment and for Holmes, 38, to pay roughly $804 million in restitution to defrauded investors. Holmes' lawyers, meanwhile, requested just 18 months of house arrest and argued that she has "essentially no assets" and could not pay a nine-figure fine.