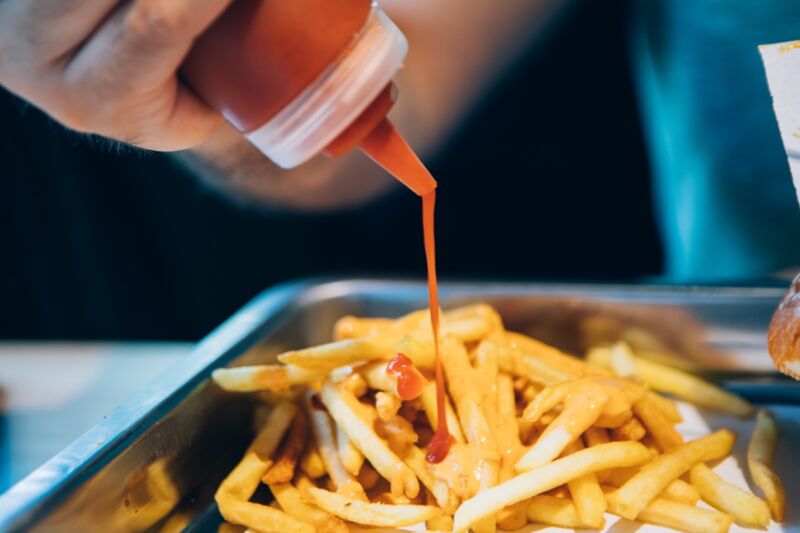 Enlarge / Getting those few last dollops of ketchup out of the bottle can lead to unexpected splattering. (credit: Getty Images)

Ketchup is one of the most popular condiments in the US, along with mayonnaise, but getting those few last dollops out of the bottle often results in a sudden splattering. "It's annoying, potentially embarrassing, and can ruin clothes, but can we do anything about it?" Callum Cuttle of the University of Oxford said during a press conference earlier this week at an American Physical Society meeting on fluid dynamics in Indianapolis, Indiana. "And more importantly, can understanding this phenomenon help us with any other problems in life?"

The answer to both questions, per Cuttle, is a resounding yes. Along with his Oxford colleague, Chris MacMinn, he conducted a series of experiments to identify the forces at play and develop a theoretical model for ketchup splatter. Among the most interesting findings: squeezing the bottle more slowly and doubling the diameter of the nozzle helps prevent splatter. There is also a critical threshold where the flow of ketchup shifts suddenly from not splattering to splattering. A preprint paper has been posted to arXiv and is currently undergoing peer review.