Quantum measurements on one island determine behavior on another 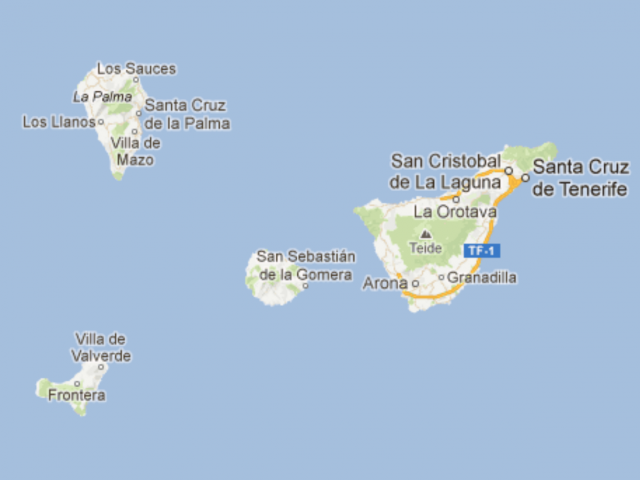 The islands of La Palma and Tenerife in the Canaries. Researchers created a quantum eraser, entangling photons traveling between these two islands.
Google Maps

A key feature of quantum physics is the wave-particle duality: the tendency of physical systems to exhibit both wavelike and particle-like behaviors. One particularly striking example of the wave-particle duality is the quantum eraser. In a typical experiment, two photons are entangled in a particular way and sent along different paths. As is usual in entanglement, a measurement performed on one photon reveals the outcome of related measurements on the second. In the specific case of the quantum eraser, however, the measurement dictates whether the second photon will exhibit wave- or particle-like characteristics.

Because quantum eraser experiments rely on entanglement, the impact of the measurement influences the second photon instantaneously. But to date, all the examples have been performed under circumstances that would technically allow communication between the devices that perform the measurements. New results by Xiao-Song Ma and colleagues definitively rule that possibility out: they placed the experimental apparatus on two of the Canary Islands, separated by 144 kilometers.

The quantum eraser experiment involves producing two sets of photons with correlated polarizations. One set, known as the system photons, are sent into a polarizing beam-splitter (PBS); as the name suggests, this directs light along different paths based on its polarization. The two possible paths for the system photon were then recombined, so they could either interfere (if the photon is behaving like a wave) or show up in one of two detectors (behaving like a particle).