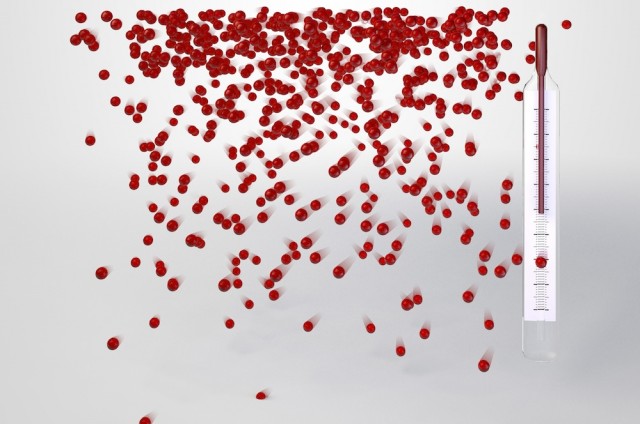 In a negative temperature system, temperatures get lower as more atoms pile up close to its maximum energy.
LMU/MPQ Munich

Over the past decades, researchers have made significant progress in cooling objects closer to absolute zero, the temperature at which all molecular motion reaches its minimum. This has allowed them to study unusual states of matter, like Bose-Einstein condensates, which behave quite differently from the materials we're familiar with. But absolute zero is as low as a temperature can get, and we can't actually reach it, so progress will ultimately be limited.

As thermodynamics defines temperature, it's theoretically possible to have a negative value. Yesterday, a team of German researchers reported that they were actually able to produce a system with exactly that. They found that the negative temperature system was stable for hundreds of milliseconds, raising the prospect that we can study a radically different type of material.