Profits over your dead body 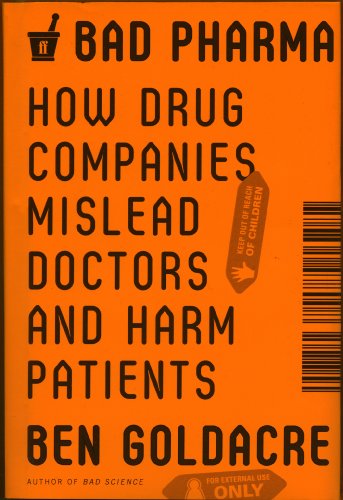 Imagine living in a world where visiting the doctor was an experience fraught with danger. Where the drugs you were prescribed may or may not be effective—and may or may not be safe. Imagine having a medical procedure recommended that wasn't known to work.

Up until the beginning of the 20th century, that was the case. People feared doctors, and rightly so, as bringers of death. But now, medicines and medical practice are tightly regulated, and a visit to the doctor is unlikely to result in septicaemia, or some other -emia that results in green goo bursting out of a limb. Nevertheless, certain practices have crept into healthcare that, on aggregate, have led to the early deaths of a large numbers of people.

Now, the conspiracy minded among you might be thinking of cartoon villains covering up dastardly poison pills, but this is not actually the case. Ben Goldacre, a physician who writes the Bad Science blog, has now made a comprehensive catalog of these practices published in a book called Bad Pharma. In examining the healthcare industry, he paints a complicated picture in which almost all the actors are both bad guys and good guys. It can be read as a stinging rebuke, but more than anything it's criticism from someone who appreciates everything modern medicine has done—but wants to see it do even better.