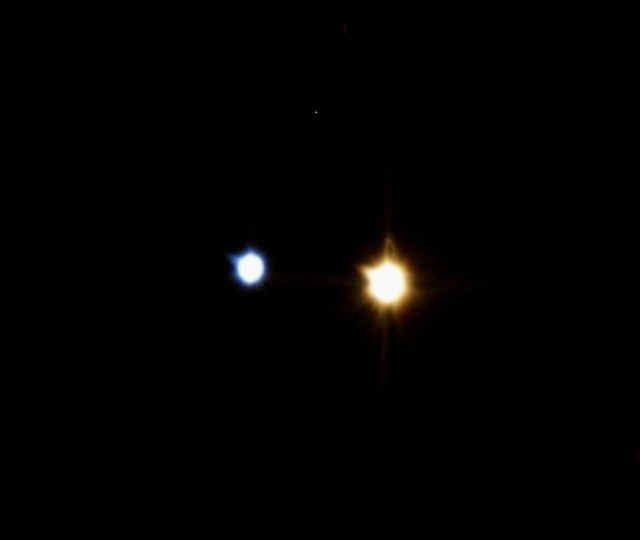 In the last two years, astronomers discovered several exoplanets in binary systems: two stars locked in mutual orbit. These systems come in several types, with the planet orbiting one or both stars. About half the binary systems involve stars that are very far apart: 1000 times the Earth-Sun separation or more. Naively, we might think that those systems are more stable, since the companion star is so far away. However, a new study shows that may not be the case.

Nathan A. Kaib, Sean N. Raymond, and Martin Duncan ran extensive computer simulations to model exoplanets residing in wide binary systems. They found that perturbations from other stars outside the binary system had a profound effect on the shape of the system's orbits. In some cases, planets were ejected from the system entirely or ended up in larger or highly eccentric (elongated) orbits. Based on these results, the researchers argued that some of the observed exoplanet systems with eccentric orbits may actually reside in wide binary systems where we haven't yet detected the companion stars.

The left side shows the orbit of a small companion star as it's influenced by the passage of neighboring stars. The right shows the chaos it would inflict on the orbits of the outer planets of our solar system. (Video courtesy of Nathan Kaib)

A significant fraction of stars in the Milky Way are in binary systems. Some, like the Alpha Centauri system, are tight binaries: the two stars comprising Alpha Centauri are about 18 astronomical units (AU) apart. (1 AU is Earth's average distance to the Sun. For comparison, Neptune's average distance is about 30 AU.) However, some are known as wide binaries, with separations greater than 1000 AU.