Release the kraken! 2,000 years of tall tales (and a smattering of truth) 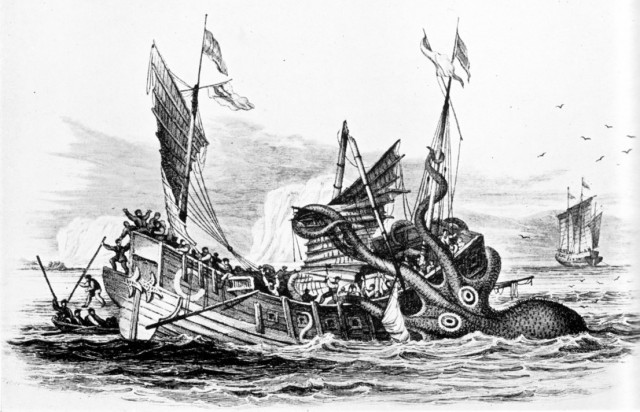 This week, Japanese researchers announced that they have at last secured video footage of a giant squid in its natural habitat more than 2,000 feet below the surface of the Pacific Ocean.

Well—this "kraken" may have been captured on film for the first time, but writers have been writing about it since writers could write, and they have had plenty to say. Some of it has even been accurate.