Native Australians have had (carnal) knowledge of India 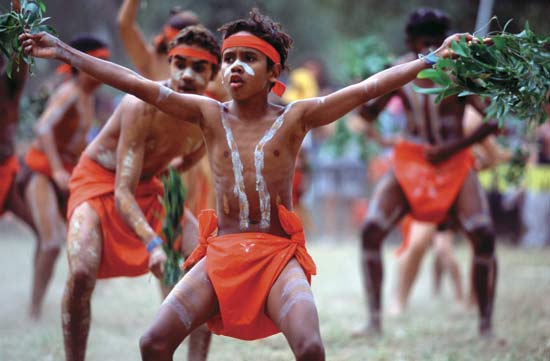 As genetic studies continue to expand in scope, one of the things they're revealing is the complexity of humanity's shared legacy. Rather than a clean expansion out of Africa, we've found that the ancestors of Europeans and Asians mated with Neanderthals, while the group that populated Australia and New Guinea later went on to mate with Denisovans—a group we didn't even know existed a decade ago.

The native population of Australia and New Guinea is also exceptional as it appears to be one of the earliest branches off the group that migrated out of Africa; initial studies suggested that it had been isolated for nearly 40,000 years, since the groups first crossed from Indonesia to an area called the Sahul, which includes Australia, New Guinea, and the areas between them that would be above sea level during the peak of ice ages. But a new study has done a more detailed analysis and found an indication that the supposedly isolated population received a genetic (and possibly cultural) infusion about 4,000 years ago. And that it came not from the nearby islands of Indonesia, but from the Indian subcontinent.

The authors were using a genome-wide scan for places where human populations are known to have single-base differences in their DNA (termed SNPs, for single-nucleotide polymorphisms). They used a panel of samples that covered area of interest, along with some from other islands lying between there and the Asian mainland. In addition, they included African, European, and mainland Asian samples.